Iran 'will negotiate' or 'something will happen,' Trump says 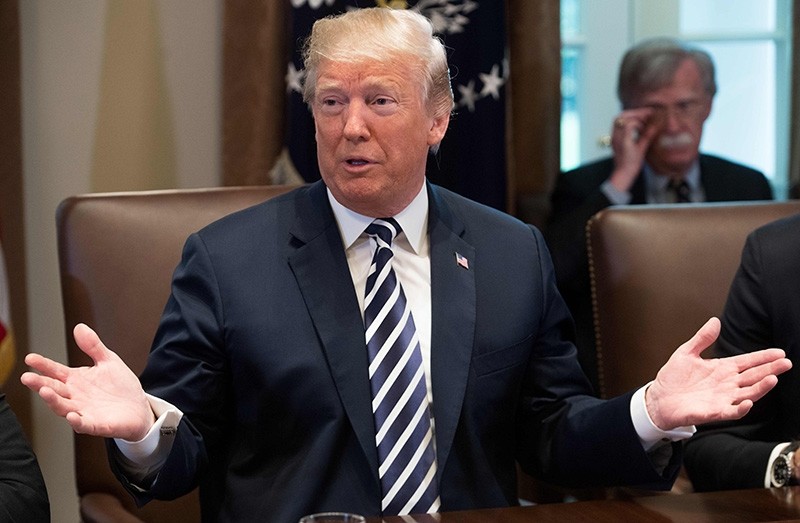 Trump announced Tuesday the U.S. would pull out of the landmark nuclear accord with Iran, dealing a profound blow to allies and deepening the president's isolation on the world stage.

Trump said the 2015 agreement, which included Germany, France and Britain, was a "horrible one-sided deal that should never ever have been made." He added that the United States "will be instituting the highest level of economic sanction."

The 2015 nuclear agreement placed unprecedented restrictions on Iran's nuclear program in exchange for billions of dollars in relief from international sanctions, but Trump has consistently railed against it since he began his bid for America's highest office, repeatedly claiming it is the "worst deal" he has ever seen.

In the wake of Trump's decision, European allies are scrambling to find a way forward, both to preserve the elements of the accord that limit Iran's ability to enrich uranium and to protect the business interests established in Iran since sanctions were lifted following the 2015 deal.

Earlier Wednesday, French President Emmanuel Macron and Iran's Hassan Rouhani agreed to work toward "the continued implementation of the nuclear deal" along with Britain and Germany, despite the U.S. decision to withdraw from the agreement.

All of the U.S.' negotiating partners -- the U.K., France, Germany, Russia, China and the EU -- had agreed that maintaining the accord was the best way to reign in Iran's program.