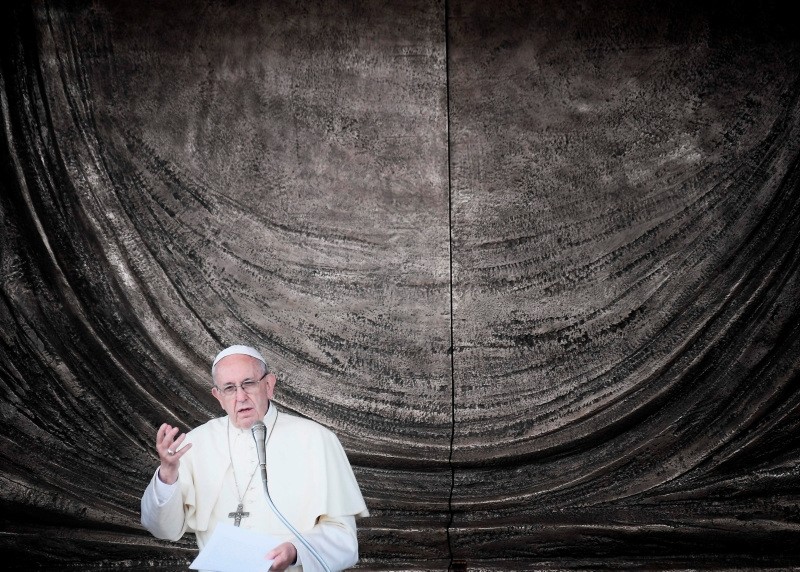 The Vatican made it clear Saturday that Pope Francis had summoned Chile's bishops to Rome for a papal dressing-down because of their role in covering up sexual abuse by priests and their "grave omissions" in caring for victims.

In a harsh statement that set the tone for next week's meetings, the Vatican said Francis wanted to discern responsibilities for the crisis and map changes in the Chilean church to prevent these "devastating wounds" from recurring.

"It is fundamental to re-establish trust in the church through good pastors ... who know how to accompany the suffering of victims and work in a determined and tireless way to prevent abuse," the statement said.

For years, sex abuse victims have blasted the Chilean hierarchy for discrediting their claims, protecting abusers, moving them around rather than turning them over to police and then handing out light sentences when church sanctions are imposed.

Francis appears to have heard their complaints, and is making amends for having repeatedly defended a Chilean bishop accused of witnessing and ignoring abuse. Francis has admitted to "grave errors in judgement" in the case of Bishop Juan Barros, for having discredited the victims who placed him at the scene of their molestation.

The Vatican said Saturday that Francis felt the need to do an "in-depth examination of the causes and consequences" of the multiple incidents of sex abuse and abuses of power and conscience in Chile. He also wanted to examine "the mechanisms that led to some cases of cover-up and the grave omissions concerning victims."

The Vatican said the meetings would take place in a side room off the Vatican's audience hall, not in the grandeur of the Apostolic Palace or in the intimacy of the Santa Marta hotel where Francis lives.

Two weeks ago, Francis hosted at Santa Marta the three main whistleblowers in the Chilean scandal: Juan Carlos Cruz, James Hamilton and Jose Andres Murillo. He spent hours with them in private discussing their abuse and the broader scandal, and invited them up to the palace as he delivered his weekly Sunday blessing.

The Chilean bishops are receiving no such VIP treatment: they are being housed at a residence for priests and tourists near the Vatican.

One key player in the scandal, the retired archbishop of Santiago, Cardinal Javier Errazuriz, has said he is not coming, citing personal reasons. Chilean media said Errazuriz was offended that he couldn't stay at Santa Marta, his usual residence during periodic visits as one of Francis' nine key cardinal advisers.

The Chilean abuse saga has been brewing for years but it came to a head in January, when Francis strongly defended Barros during a trip to Chile and said accusations he covered up for abuse by Chile's most famous predator priest were "calumny."

Francis appeared not to know that the three most vocal victims of the abusive priest, the Rev. Fernando Karadima, had accused Barros of being on hand for their abuse.

Soon after returning, Francis sent two seasoned investigators to Chile to get to the bottom of the scandal. Their 2,300-page report, containing testimony from 64 victims, priests and laity, prompted Francis to do an about-face. He apologized to the victims and summoned the bishops for a brow-beating.

The bishops have defended their behavior, insisting that they were perfectly forthcoming with Francis about Barros and denied responsibility for the "lack of truthful and balanced information" that Francis blamed for his missteps.

But in a statement this week, they acknowledged that their behavior "hadn't always managed to heal the wounds" of abuse and said Francis' meetings with victims "showed the path that the Chilean church is called to follow."

After four days as Francis' guests at Santa Marta, the three victims of Chilean sex abuse reported feeling that they had finally been heard, that Francis understood the depth of their pain and the crisis in Chile's church.

During the meetings with the Chilean bishops next week, Francis will be accompanied by Cardinal Marc Ouellet, the head of the Vatican's bishops' office who is responsible for vetting new bishops and investigating complicit ones. Five Chilean bishops are retiring or due to retire soon, meaning Francis has a chance to remake Chile's church hierarchy.

The pope, it said, asked for the bishops to come with "docile and humble" spirit.

It is widely believed that three Karadima-trained bishops, including Barros, will be asked to resign.