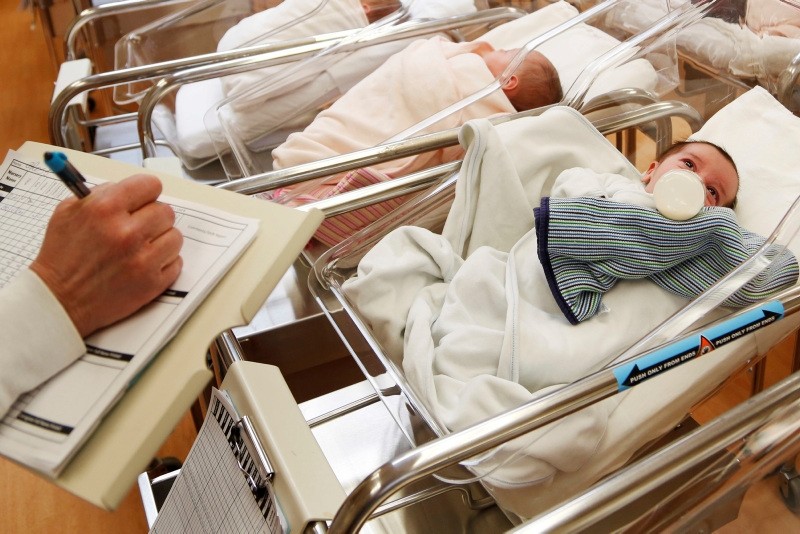 Women in the United States gave birth last year at the lowest rate in 30 years, a trend that could weigh on economic growth in the coming decades.

The Center for Disease Control and Prevention's National Center for Health Statistics said Thursday that the number of U.S. babies born last year fell 2 percent from 2016 to 3.85 million, also a 30-year low. Births have fallen for three straight years. The fertility rate dropped 3 percent last year to 60.2 births per 1,000 women ages 15 through 44.

An aging society has already weighed on economic growth in the United States in the past decade, with the vast baby boom generation retiring and fewer young people replacing them. Thursday's data suggests that the trend is likely to continue.

Economic growth is generally driven by population growth and worker efficiency, both of which have slowed in the past decade in the United States.

Kathy Bostjancic, an economist at Oxford Economics, a consulting firm, said that roughly 10 years ago, the number of Americans working or looking for work was growing about 1 percent annually. With birthrates declining, that figure has since fallen to about a 0.3 percent growth rate. That essentially acts as a 0.7 percentage point drag on the United States' long-run growth.

"Demographics have a really powerful impact on the economy," Bostjancic said.

The U.S. economy has grown at a 3 percent average annual rate since World War II. Yet it hasn't reached that pace for a full calendar year since 2005. The baby boomers first reached retirement age in 2008.

The Federal Reserve in March upgraded its short-term economic growth forecast to about 2.7 percent for this year and 2.4 percent in 2019, partly because of the Trump administration's tax cuts. But the Fed kept its longer-run annual growth forecast at just 1.8 percent, reflecting the demographic headwinds.

Aside from fewer workers, an aging society can hold back growth because fewer people are buying homes, cars and other costly purchases. Savings generally rise as people age and prepare for retirement. And as elderly people live longer, they also slow their spending while in retirement, Bostjancic noted.

Most economists attribute the low interest rates and low inflation of the past decade, in the United States, Europe and Japan, at least in part to aging.

In Japan, where adult diapers outsell those for children, the impact of fewer births has kept growth nearly nonexistent for more than two decades. The economy has picked up recently and enjoyed two straight years of growth, the longest such streak since the late 1980s, before contracting again in the first three months of this year.

The U.S. accepts many more immigrants than does Japan, and that influx has boosted population growth. The Labor Department released separate data Thursday showing that last year, there were 27.4 million foreign-born workers in the United States, the most since records began in 2005. Immigrants now make up 17.1 percent of the U.S. workforce.

Economic research earlier this year found that U.S. fertility fell sharply roughly nine months before the past three recessions. That suggests that such declines could signal economic downturns.

But Kasey Buckles, an economics professor at Notre Dame who conducted the research with two colleagues, said that recent such declines aren't sharp enough to point to a recession.

Instead, she noted that fertility declines over the past three years have occurred mostly among women under 30. Birth rates among older women have risen or held steady. That suggests that the fertility declines largely reflect a drop in unwanted pregnancies since the 2008-2009 recession.

Fertility among women of all ages fell sharply in 2008 and 2009, Buckles said, but rebounded quickly for women 30 and over. Separate data from the Guttmacher Institute, a policy organization that tracks reproductive health, shows that unwanted pregnancies have fallen since the Great Recession, Buckles said.

"It's possible that the Great Recession may have been something of a triggering event that caused people to be more intentional about their fertility," she said.