US wants North Korea to hand over some nuclear weapons 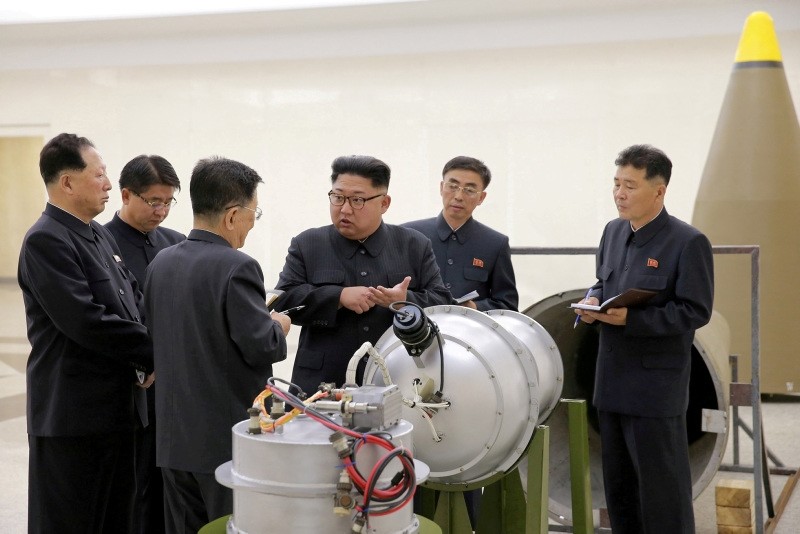 The U.S. has ordered North Korea to surrender part of its nuclear weapons stock as part of a potential deal, according to a Japanese media report.

Citing unnamed sources, Japanese daily newspaper Asahi Shimbun reported on Thursday that the U.S. has asked North Korea to hand over nuclear warheads, an intercontinental missile and other nuclear materials within six months.

U.S. Secretary of State Mike Pompeo also appeared to have told North Korean leader Kim Jong Un, when they met earlier this month, that Washington might remove Pyongyang from a list of state sponsors of terrorism if the North ships out those nuclear items, the Asahi said.

If Pyongyang agrees to complete, verifiable and irreversible denuclearization at a planned summit with the United States on June 12, Washington is considering giving guarantees for Kim's regime and including that stance in a joint statement by the two leaders, the newspaper report said.

North Korea has thrown into question next month's unprecedented summit between Kim Jong Un and U.S. President Donald Trump, denouncing on Wednesday U.S.-South Korean military exercises as a provocation and calling off high-level talks with Seoul.