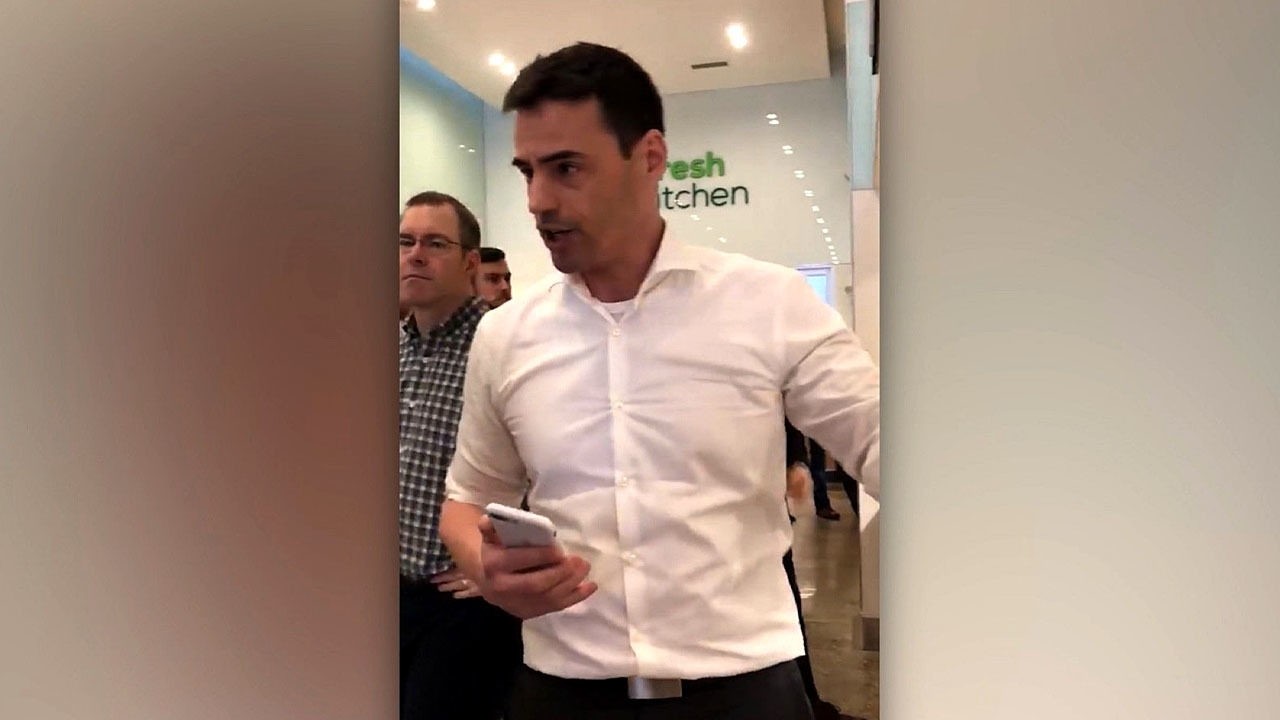 A lawyer whose rant against Spanish speakers in a New York City eatery went viral posted an apology online on Tuesday, saying that how he expressed himself was "unacceptable."

"To the people I insulted, I apologize," Aaron Schlossberg said in a post to his Twitter and LinkedIn accounts. "Seeing myself online opened my eyes — the manner in which I expressed myself is unacceptable and is not the person I am. I see my words and actions hurt people, and for that I am deeply sorry."

Last week, Schlossberg was in a Manhattan restaurant and became incensed at hearing workers speak Spanish. In the rant caught on video, he threatened to call Immigration and Customs Enforcement to have the workers "kicked out of my country." He complained to another restaurant employee that "it's America" and that in a Manhattan eatery "staff should be speaking English."

The clip quickly sparked outrage among many critics, including U.S. Rep. Adriano Espaillat and Bronx Borough President Ruben Diaz Jr., who wrote to New York state's court system, which has a grievance committee for attorney complaints.

Espaillat and Diaz, Democrats, called the video "vile" and said "the audacity to profile and verbally assault innocent bystanders and customers in a public commercial location is a violation of our civil society."

In the uproar that followed, additional clips surfaced of Schlossberg engaged in other public rants and a complaint was filed with a lawyers' disciplinary committee.

One clip was posted to YouTube in October 2016 by a man who said Schlossberg attempted to shove him on a sidewalk before threatening to call the police, and another from May 2017 showed him berating a group of Jewish protesters who were speaking in support of a Palestinian American activist.

Critics hired a mariachi band to play outside his apartment and former office space and they demanded his disbarment. 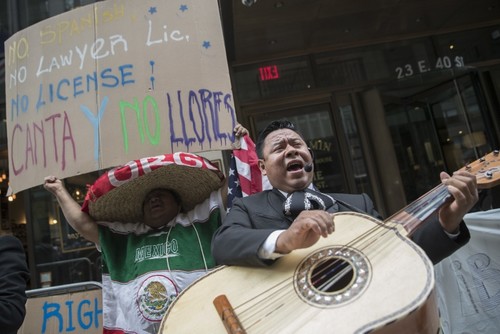 "While people should be able to express themselves freely, they should do so calmly and respectfully," Schlossberg wrote in his apology. "What the video did not convey is the real me. I am not racist."

He said he loved New York City in part because of its diversity.

Schlossberg's bio on his website says he focuses on commercial and insurance coverage issues. It says besides English he speaks Spanish, French and some Hebrew and Chinese.

The company that runs the building Schlossberg uses as his law firm's address said Thursday that his agreement with it had been terminated because his actions "were contrary" to its rules and regulations.

New York City has a human rights law that protects against discrimination and harassment based on immigration status or national origin. The city's Commission on Human Rights can investigate potential violations and levy fines.

The city has always been home to multiple languages, and there are anywhere from 600 to 800 languages spoken in the metropolitan region, said Ross Perlin, co-director of the Endangered Language Alliance.

"This is the most linguistically diverse city," he said, "not only in the world but in the history of the world."

And if Schlossberg wanted to speak the city's indigenous language, Perlin said, it wouldn't be English. He'd have to learn the Native American language of Lenape.