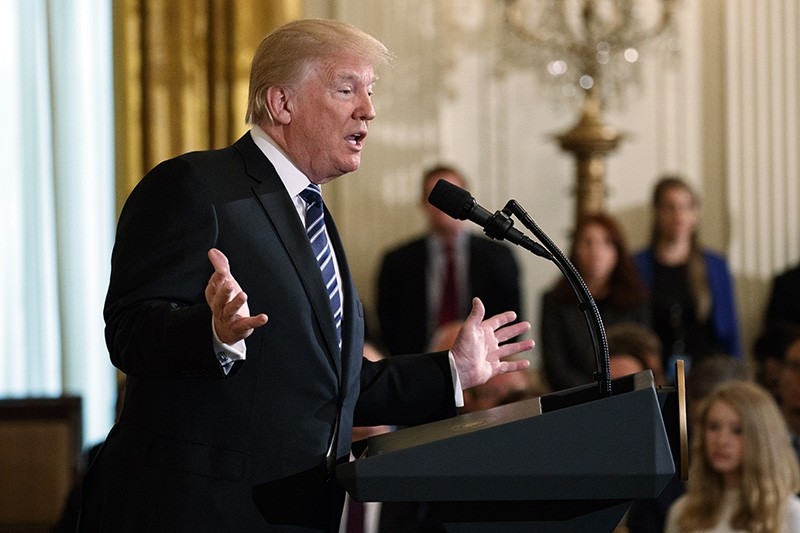 U.S. District Judge Naomi Reice Buchwald said the ability to comment on Trump's account, @realDonaldTrump, constitutes a right of free speech protected under the First Amendment and that blocking users from the "public forum" is unconstitutional.

The lawsuit was brought by the Knight First Amendment Institute at Columbia University on behalf of seven users who Trump blocked after they replied to his tweets.

The government argued that the blocked users could still read Trump's tweets, but Buchwald said that preventing those users from responding to a public official's statements unjustly curtailed a "real, albeit narrow, slice of speech."

Buchwald didn't issue an order forcing the president to unblock the users, saying the ruling should be enough to produce a change in behavior.

The White House has not yet issued a response to the ruling.