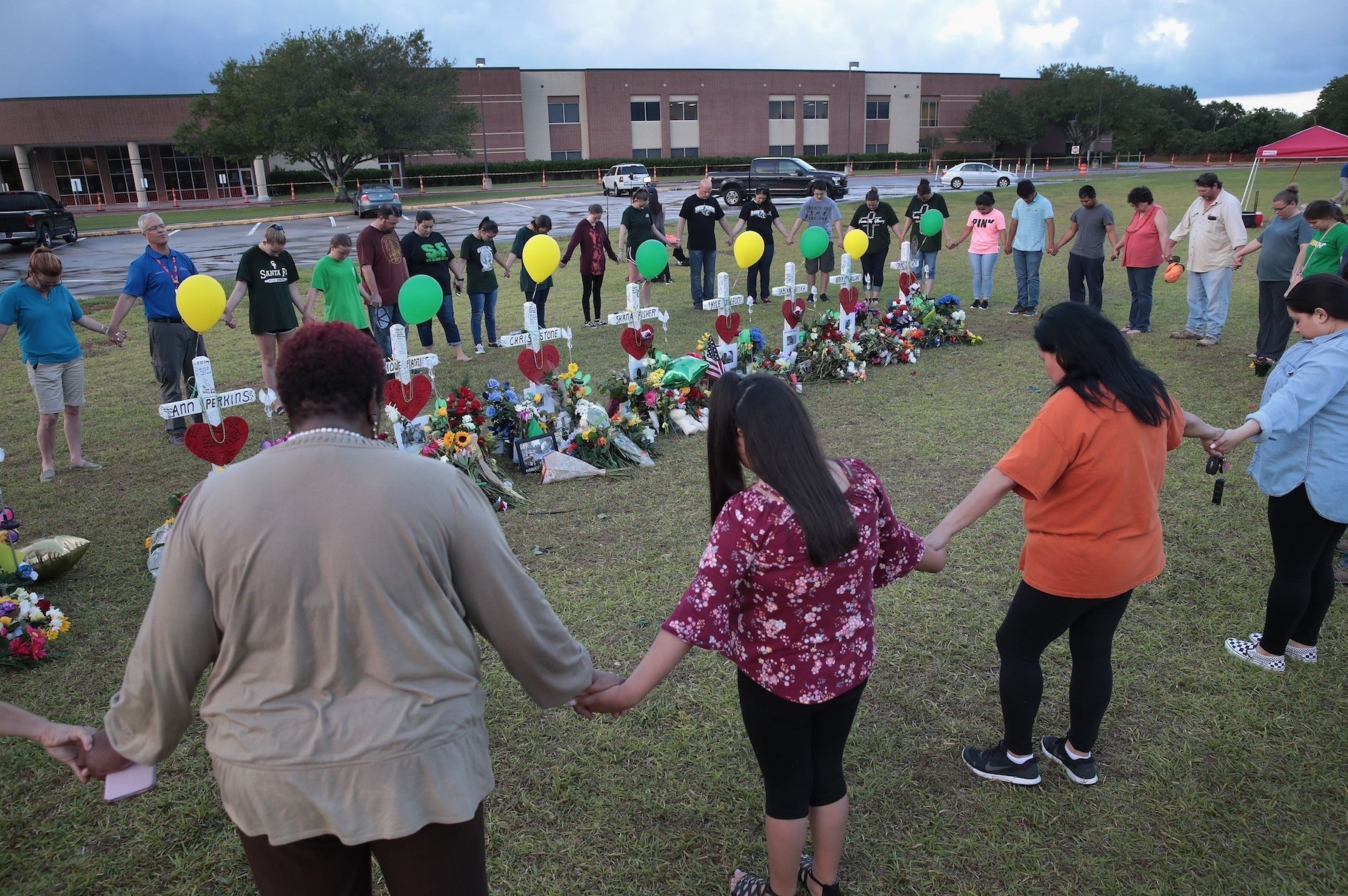 After students at a high school near Houston became the latest victims of a mass shooting, the Texas governor, a staunch supporter of gun rights, started roundtables on school violence and safety to tackle gun control

Texas Governor Greg Abbott met with experts and politicians on Tuesday to discuss how to prevent school shootings, five days after a teenaged gunman killed 10 people at a high school in the southern U.S. state.

Abbott, a Republican, focused the first of three "roundtable sessions" on school safety. Over the next two days, gun regulation, mental health issues and victims' needs are also on the agenda. The talks came in the aftermath of Friday's massacre at Santa Fe High School that killed eight children and two teachers in the latest example of the mass shootings that have become a pervasive part of American life.

"Whether you are Republican or Democrat... the reality is that we all want guns out of the hands of those who will try to murder our children," Abbott, who is up for re-election in November, said at the start of the session. "The question is what are we, the leaders of Texas, going to do to prevent this from happening again."

Some 23 people were invited to the first of the three closed-door meetings, including politicians from both parties, education and public safety officials, and experts on building design and arming teachers.

"The only thing we want to hear about is: what are your ideas?" the governor told the gathering in opening remarks before journalists were ushered out.

Among the ideas that emerged during the meeting were to institute a statewide monitoring program of students' social media activities and "assistance teams" to help identify troubled children, according to The Dallas Morning News.

The governor has long championed expanding gun rights in Texas, signing bills in recent years that reduced the cost and training to get a handgun license, and allowing the state's 1.2 million license holders to openly carry their weapons in public. Texas also allows rifles to be openly carried in public. Those bills were strongly supported by the NRA affiliate which attended yesterday's meeting.

Police have said the 17-year-old suspect in the shooting used his father's shotgun and .38-caliber handgun. The Texas school shooting was the latest outbreak of gun violence that has become a regular occurrence at U.S. schools and colleges with more than 18 reported shootings so far this year.

The stunning number underscored how commonplace gun violence has become in America, with students in elementary and secondary schools regularly performing drills on how to react in an "active shooter" situation.

The reaction in Texas to the shooting stands in sharp contrast to the response after the Feb. 14 rampage at a high school in Parkland, Florida, that killed 17 people. Three weeks after that mass shooting, Florida politicians defied the NRA and passed a gun-control package after a lobbying campaign led by student survivors of the attack.

But Texas is not expected to follow Florida's path in enacting new gun restrictions. Gun ownership can be a point of pride for many in the Lone Star State, and even some Santa Fe High School students have spoken out against linking the shooting to the need for more gun control.

"I don't think guns are the problem. I think people are the problem," 16-year-old student Alex Carvey told NBC News, as reported by Agence France-Presse (AFP).

In recent days, Abbott has focused his remarks on addressing mental health challenges and arming school personnel. Texas's conservative and powerful lieutenant governor, Dan Patrick, suggested after the shooting that school buildings may need fewer entrances and exits, and that violent video games may be partly to blame.