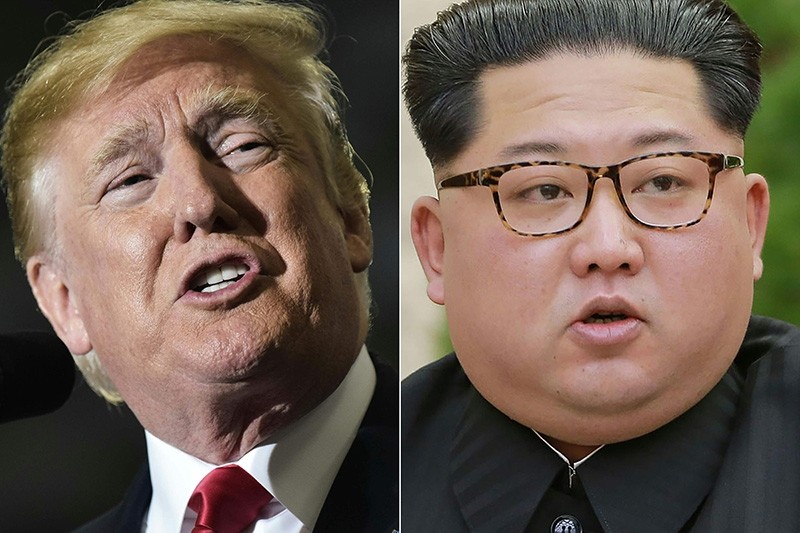 U.S. President Donald Trump said Thursday that he canceled the summit with North Korea's Kim Jong Un "based on the tremendous anger and open hostility" in the leader's recent statement

"I was very much looking forward to being there with you," Trump said in a letter. "Sadly, based on the tremendous anger and open hostility displayed in your most recent statement, I feel it is inappropriate, at this time, to have this long-planned meeting."

The canceled summit was supposed to take place on June 12. Trump said later in the day the summit could still take place on that date, or at a later date if North Korea takes a "constructive step."

"If they don't we are more ready than we have ever been before," he warned, adding that the U.S. military is "ready if necessary" to respond to "foolish or reckless act" by North Korea.

Trump also says he's been in touch with South Korea and Japan and that both allies are willing to bear much of the financial burden "if such an unfortunate situation is forced upon us."

The U.S. military said Thursday that it had not increased the already high-level of vigilance or changed its posture on North Korea after the cancellation of the summit.

Earlier in the day, Kim made good on his promise to demolish his country's nuclear test site, which was formally closed in a series of huge explosions as a group of foreign journalists looked on.

North Korea's state media called the closure of the site part of a process to build "a nuclear-free, peaceful world" and "global nuclear disarmament."

At an emergency national security meeting, Moon said it was "deeply regrettable that the U.S.-North Korea summit will not take place as scheduled."

"The denuclearization of the Korean peninsula and permanent peace is a historic task that cannot be given up or delayed," Moon said, adding that it would be difficult to resolve thorny diplomatic issues through the current method of communication between the U.S. and North Korea.

"I hope that the leaders resolve the issue through more direct and close dialogue between themselves," he said.

"I am deeply concerned by the cancellation of the planned meeting in Singapore between the President of the United States and the leader of the Democratic Peoples Republic of Korea," Guterres said as he presented the U.N.'s new agenda on disarmament in Geneva.

"I urge the parties to continue their dialogue to find a path to a peaceful and verifiable denuclearization of the Korean peninsula," he added.