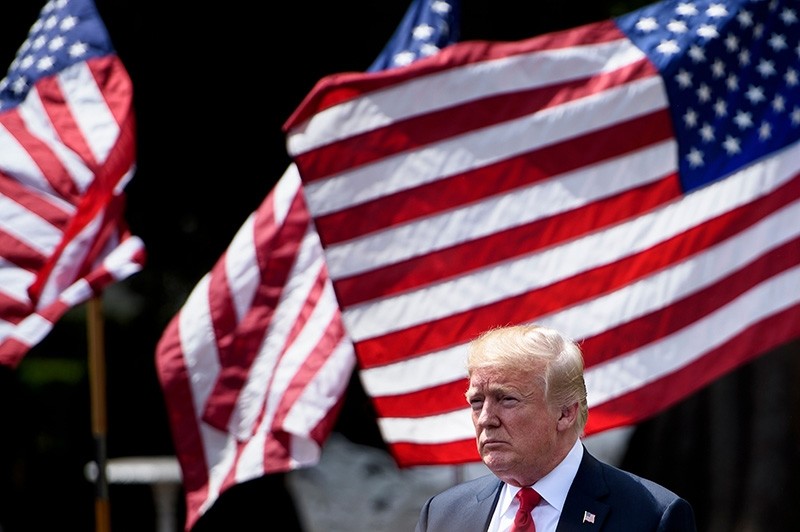 U.S. President Donald Trump will host a White House iftar dinner for the first time Wednesday, generating a strong response from American Muslims who point to the event's blaring dissonance with the rest of the president's rhetoric and policies.

Holding an iftar dinner – which breaks Muslim's daylong fast during the holy month of Ramadan – is hardly a gesture sincere enough to repair relations with the country's Muslim community. Trump has routinely employed anti-Muslim rhetoric – going as far as stating "Islam hates us" – and has matched his words with deeds.

Last year, Trump broke with tradition by canceling the iftar, instead issuing a statement about the threat of terrorism.

The White House has not yet released a guest list, but Press Secretary Sarah Huckabee Sanders said about 30-40 people would attend.

While White House iftar dinner guests have typically included prominent members of the Muslim community – including scholars, athletes and corporate executives – many suspect this year's event will be different.

"I think it's just a symbolic showing of appreciation for certain allies, particularly in the Gulf," Qamar-ul Huda, a former State Department adviser on religion, told CNN.

"There has been no effort from this President or his administration to reach out to the Muslim community in this country," she added.

Even if community members are invited, it is doubtful many would attend.

"I would not attend if I were [invited]," Dalia Mogahed, director of research at the Institute for Social Policy and Understanding, told CNN.

"Attending this event, especially during the holy month, a time of introspection and spiritual growth, would be inappropriate in my view as it would appear to normalize this administration's behavior."

A hefty 74 percent of American Muslims say Trump is unfriendly to their community and about two-thirds say he makes them worried, a 2017 Pew Research Center Survey found.

"We do not need an iftar dinner. Rather, we need to get the respect we highly deserve," Georgetown University chaplain Imam Yahya Hendi told CNN. "Do not feed us and stab us."

Many Muslim civil rights groups are pushing back against Wednesday's event, with Council on American-Islamic Relations (CAIR) even organizing a "NOT Trump's Iftar" across the street.

CAIR Director of Government Affairs Robert McCaw told CNN: "The idea of this event is to share Ramadan and iftar, the fast-breaking meal with others as well as draw attention to the hypocrisy of the White House iftar."

McCaw cited Trump's appointments of multiple security officials who have expressed anti-Muslim sentiments and his verbal attacks on marginalized communities as reasons to stand up against the ironic iftar. He said they expected a larger crowd than the White House event.

CAIR has reported "an unprecedented spike in bigotry targeting American Muslims and members of other minority groups" since Trump took office.

During his presidential campaign, Trump rallied for a "complete and total shutdown" of Muslims entering the U.S. As president, he retweeted anti-Muslim propaganda videos posted by a British far-right group.

And, far worse, his decision to recognize Jerusalem as the capital of Israel was a blatant affront to the Muslim world, felt deeply both by Palestinians and Muslims worldwide.

Iftar dinners have been an annual tradition at the White House since Bill Clinton's administration in the 1990s. Even after the Sept. 11, 2001, attacks, when Islamophobia in the U.S. was at a high, George W. Bush held an iftar, saying "All the world continues to benefit from this faith and its achievements."