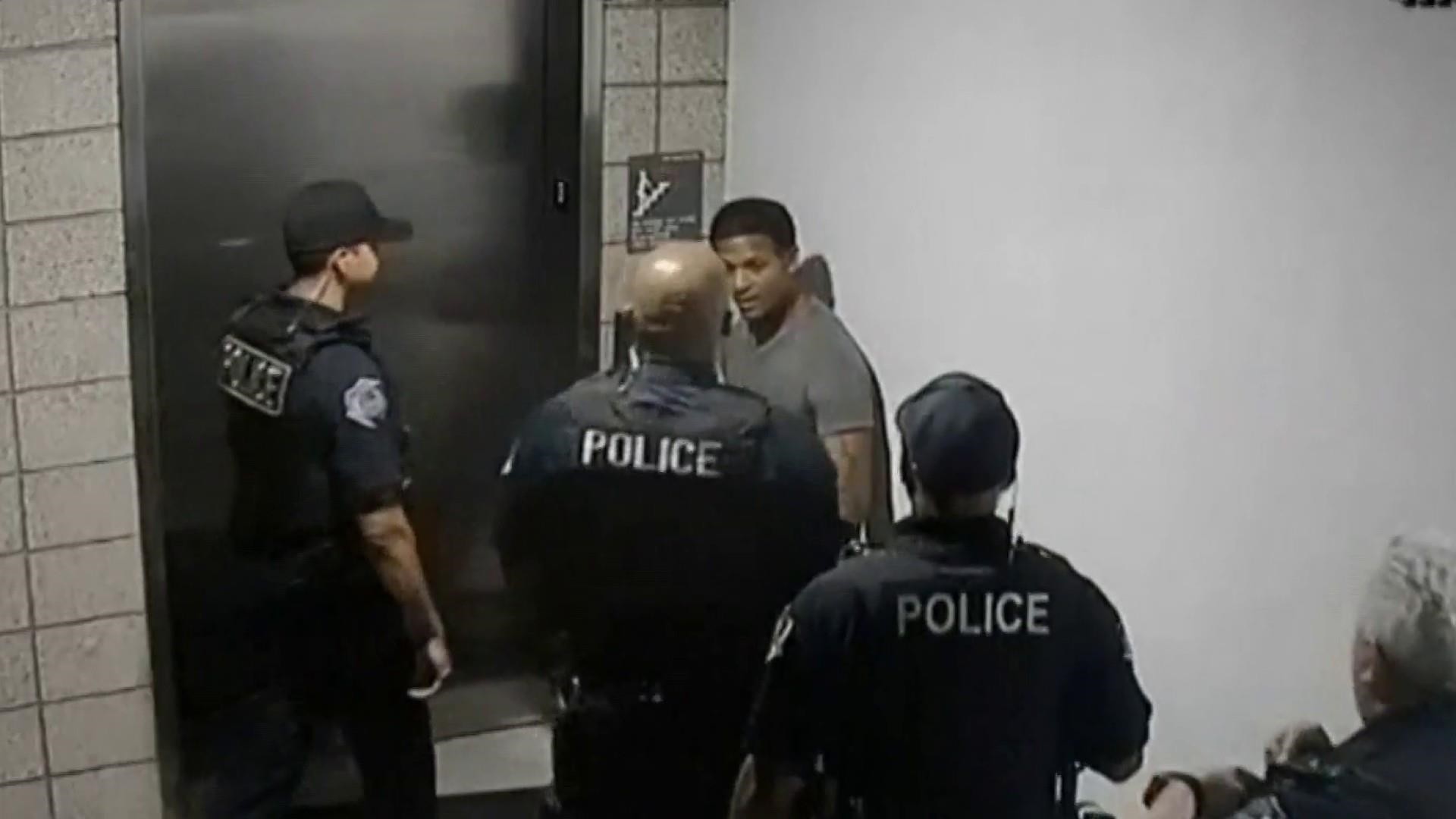 Four police officers in Arizona have been placed on administrative leave after a voluntarily released surveillance video showed them brutally beating an unarmed black man.

The video, which was released without audio on Tuesday, shows three of the officers kneeing and punching 35-year-old Robert Johnson in the face and abdomen until he falls to the ground unconscious in the hallway of an apartment building just outside the elevator. One of the officers, a sergeant, is seen watching the whole ordeal.

Johnson was arrested for disorderly conduct and hindering prosecution after the beating, according to jail records.

Police say they were responding to a 911 call from a woman who reported that her ex-boyfriend, identified as Erik Reyes, was trying to forcibly enter her apartment. Johnson was accompanying Reyes.

Ramon Batista, chief of the Mesa Police Department in Arizona, told media that he was "disappointed in what I saw" and released the footage to the public to be "transparent". He said he did not want this incident, which took place on May 23, to go "unnoticed," and wanted it to be investigated.

Batista said Johnson was not complying with the officers' orders to sit down, but added that their use of force was disproportionate and excessive.

Police beatings and slayings of black Americans have sparked outrage across the U.S. in recent years, as dozens of videos have emerged showing police officers fatally shooting unarmed black people in scenarios often impossible to justify.

In one such incident earlier this year, California police shot unarmed 22-year-old Stephon Clark 20 times in his own backyard.

Some police departments have ordered all officers to wear bodycams to monitor their on-duty actions, but even that doesn't seem to have curbed unwarranted use of force.