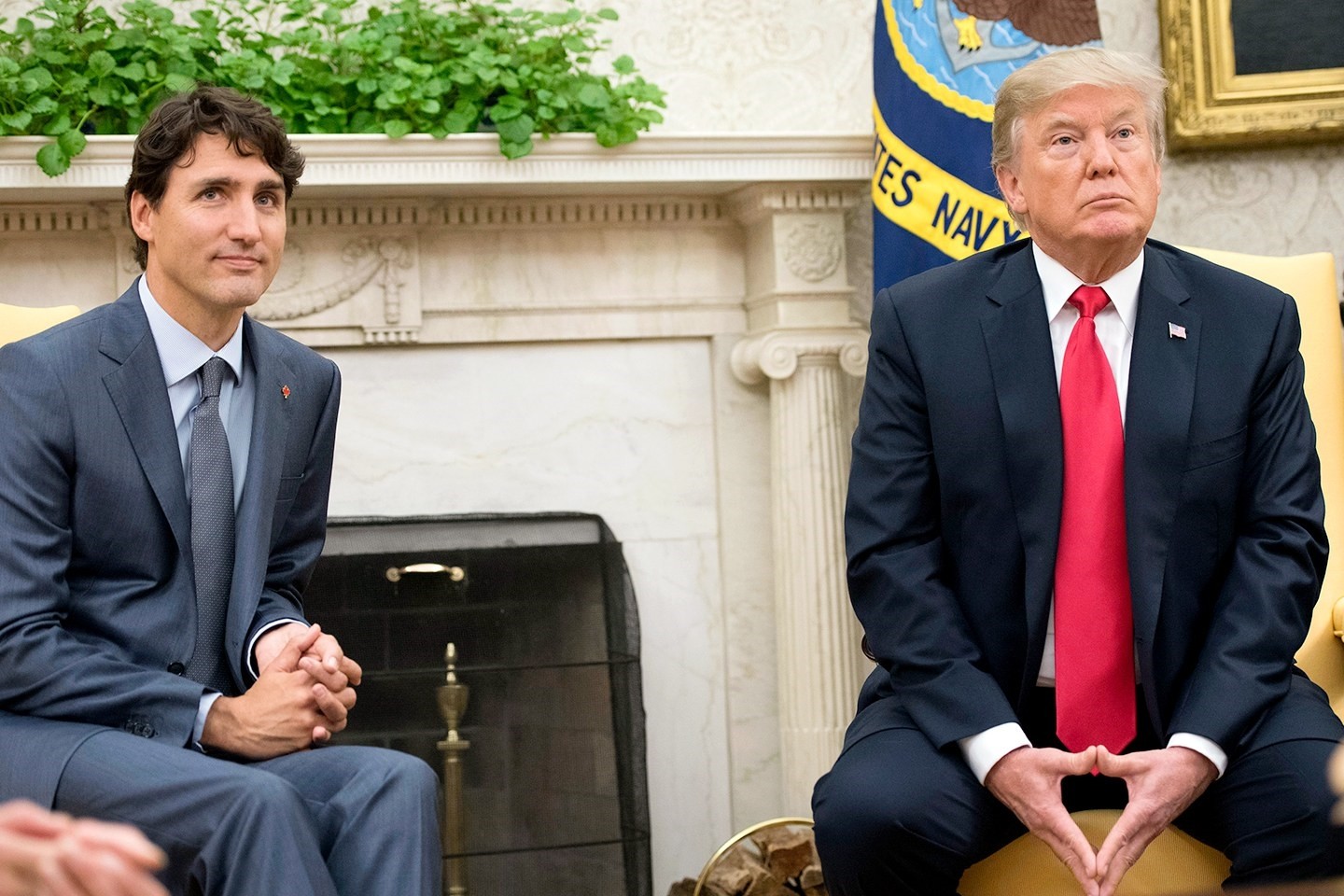 U.S. President Donald Trump accused Canada of burning down the White House during what is being termed a testy phone call with Canadian Prime Minister Justin Trudeau, media reported Wednesday.

During the call in May, sources told CNN that Trudeau asked Trump how he could justify national security as a reason for placing tariffs on Canadian steel and aluminum.

Trump responded by saying: "Didn't you guys burn down the White House?"

The administration did not comment on the statement when asked by reporters, so it is not known if Trump meant the jibe as a joke.

During the War of 1812, which lasted until 1815, British troops did burn the White House in 1814 as retaliation for an American attack on York (now Toronto), Ontario.

But Canada was a British colony at the time and did not become a separate nation until Confederation in 1867.

There is no doubt, though, that Trudeau is upset that the U.S. would invoke security concerns as justification for the tariffs.

A few days ago, Trudeau called the metal tariffs-25 percent on steel and 10 percent on aluminum-"insulting".

He said Canadian and American troops, who had "fought and died together on the beaches of World War II and the mountains of Afghanistan and have stood shoulder-to-shoulder in some of the most difficult places in the world, that are always there for each other, somehow -- this is insulting to them".

Canada is hosting the two-day G7 summit of the world's wealthiest nations beginning Friday in Quebec, and Trump is expected to come under fire for imposing tariffs on American allies.