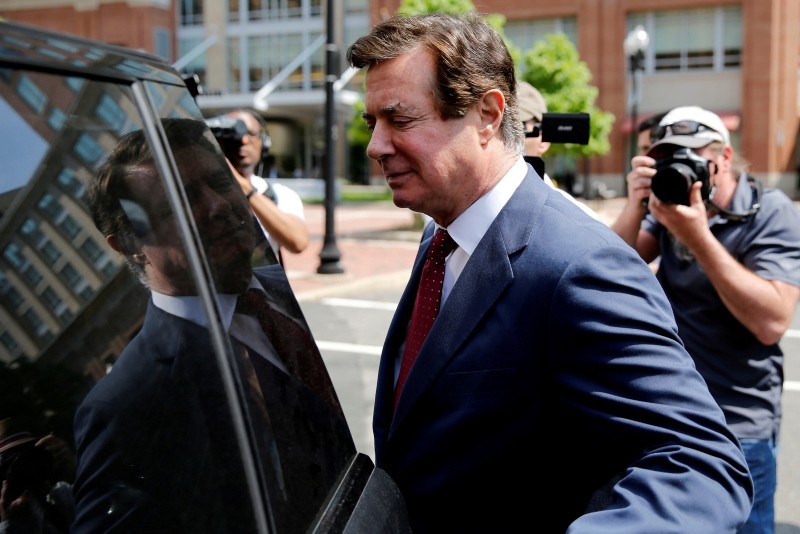 The special counsel said in a statement its third superseding indictment against Paul Manafort added Konstantin Kilimnik as a defendant and charges both men with conspiracy to obstruct justice and obstruction of justice.

The indictment filed by Mueller in District of Columbia federal court marked the first time Kilimnik was named. In previous court filings he was referred to only as "Person A" and described as having links to Russian intelligence.

Kilimnik could not be immediately reached for comment. He has denied such allegations in prior interviews with the press.

The obstruction of justice charges relate to allegations Mueller made in a court filing earlier this week that Manafort had attempted to tamper with potential witnesses to influence their accounts of his lobbying on behalf of political parties in Ukraine.

Mueller, who is investigating possible collusion between the Trump campaign and Russia, has asked the judge overseeing the case in U.S. District Court for the District of Columbia to revoke or revise an order releasing Manafort ahead of his trial.

Manafort's lawyers had been given a deadline of Friday to respond to the charges of witness tampering.

Manafort, who has also been indicted in a federal courts in Virginia, has been charged with an array of allegations from money-laundering and failing to register as a foreign agent, to bank and tax fraud. He has pleaded not guilty.

Manafort is the most senior member of Trump's campaign to be indicted, though the charges do not relate to campaign activities.