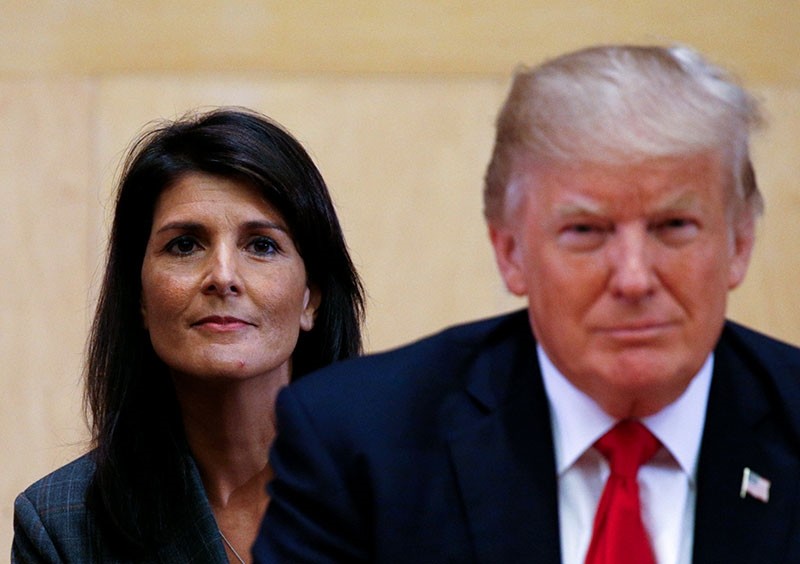 "For too long the human rights council has been a protector of human rights abusers and a cesspool of political bias," Haley said, adding that she did not take the decision to withdraw lightly.

"The world's most inhumane regimes continue to escape scrutiny."

"We will continue to lead on human rights outside the misnamed human rights council," she added. "Should it become reformed we would be happy to rejoin."

Since coming into office last year, Haley has routinely accused the 47-member body of a "chronic anti-Israel bias." She warned during an address last year that the U.S. would disengage from the council without thorough reforms.

A State Department official told The Independent last week that the U.S. "wants a Human Rights Council that fulfills its purpose as the premier international focal point for human rights issues," adding that "all too frequently, it fails to address critical situations for political reasons – and undermines its own credibility."

It remains unclear whether the U.S. will announce its withdrawal or leave its seat empty for this session, which began this week and runs through July.

The Human Rights Council – which was formed in 2006 and gained U.S. support in 2008 under the Obama administration – has not shied away from criticizing Israel's policies against Palestinians.

The U.S., a stalwart supporter of Israel, has complained about the body's periodic review of Israel's human rights and instead asked for more attention to be given to other offenders, such as Venezuela and Syria.

The U.S. already announced its intention to withdraw from the U.N.'s Educational, Scientific, and Cultural Organization (UNESCO) over the issue of criticism against Israel. The country has also withdrawn from the Paris Agreement on climate change, and the nuclear agreement with Iran.

Since taking office last year, U.S. President Trump has regularly criticized multilateral organizations, including the U.N., and threatened to withdraw from or reduce participation in them.