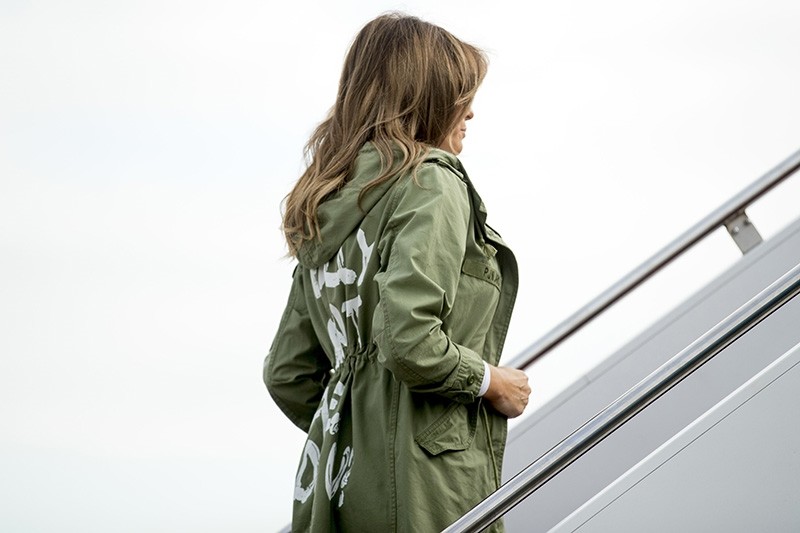 U.S. First Lady Melania Trump chose a baffling piece of apparel for her trip Thursday to visit a child migrant detention facility: a jacket with the words "I really don't care, do u?" scrawled on the back.

Photos emerged of the first lady wearing the jacket with the words written in graffiti style as she was boarding a plane in Washington to head to an immigrant children's detention facility in Texas.

For a visit intended to boost the Trump family's public relations after a fiery week of backlash over an inhumane immigration policy, the apparel item seemed to cancel out a message of care and concern.

The khaki green jacket appears to be one that was once sold by fashion chain Zara, a Spanish company.

Mrs. Trump had removed the jacket with the somewhat baffling message by the time she arrived at the center holding the children in Texas.

When asked what message the first lady's jacket intended to send, spokeswoman Stephanie Grisham said: "It's a jacket. There was no hidden message."

Trump's visit to the Upbring New Hope Children's Center came the morning after her husband, President Donald Trump, signed an executive order halting the practice of separating migrant families detained at the border.