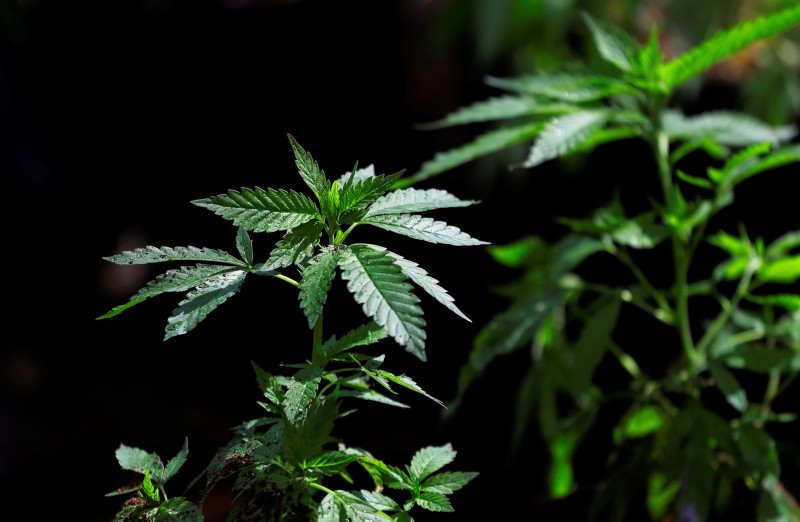 In this April 12, 2018, file photo, a marijuana plant awaits transplanting at the Hollingsworth Cannabis Company near Shelton, Wash. (AP Photo)
by Compiled from Wire Services Jun 25, 2018 12:00 am

U.S. health regulators have approved the first prescription drug made from marijuana, a milestone that could spur more research into a drug that remains illegal under federal law.

The Food and Drug Administration approved the medication from GW Pharmaceuticals on Monday to treat epilepsy.

The drug's approval permits its use in patients aged two years and older with Dravet Syndrome (DS) and Lennox-Gastaut Syndrome (LGS), rare childhood-onset forms of epilepsy that are among the most resistant to treatment.

The strawberry-flavored syrup is a purified form of a chemical in the cannabis plant — but not the one that gets users high. It's not yet clear why the ingredient, known as CBD, reduces seizures in some people.

The British drugmaker studied the drug in more than 500 patients with hard-to-treat seizures, overcoming numerous legal hurdles to conducting research with cannabis.

The drug, called Epidiolex, is derived from cannabidiol (CBD), one of the hundreds of molecules found in the marijuana plant, and contains less than 0.1 percent of tetrahydrocannabinol (THC), the psychoactive component that makes people high.

Although THC can induce paranoia, anxiety and hallucinations, CBD has the opposite effects and has been cited by scientists as a potential treatment for mental health issues.

While Monday's approval makes Epidiolex the first cannabinoid-based prescription medicine approved in the United States, drugs with a synthetic version of molecules derived from marijuana have been approved.

In 1985, the FDA signed off on Marinol, which contains a synthetic version of THC, to treat loss of appetite in people with AIDS.