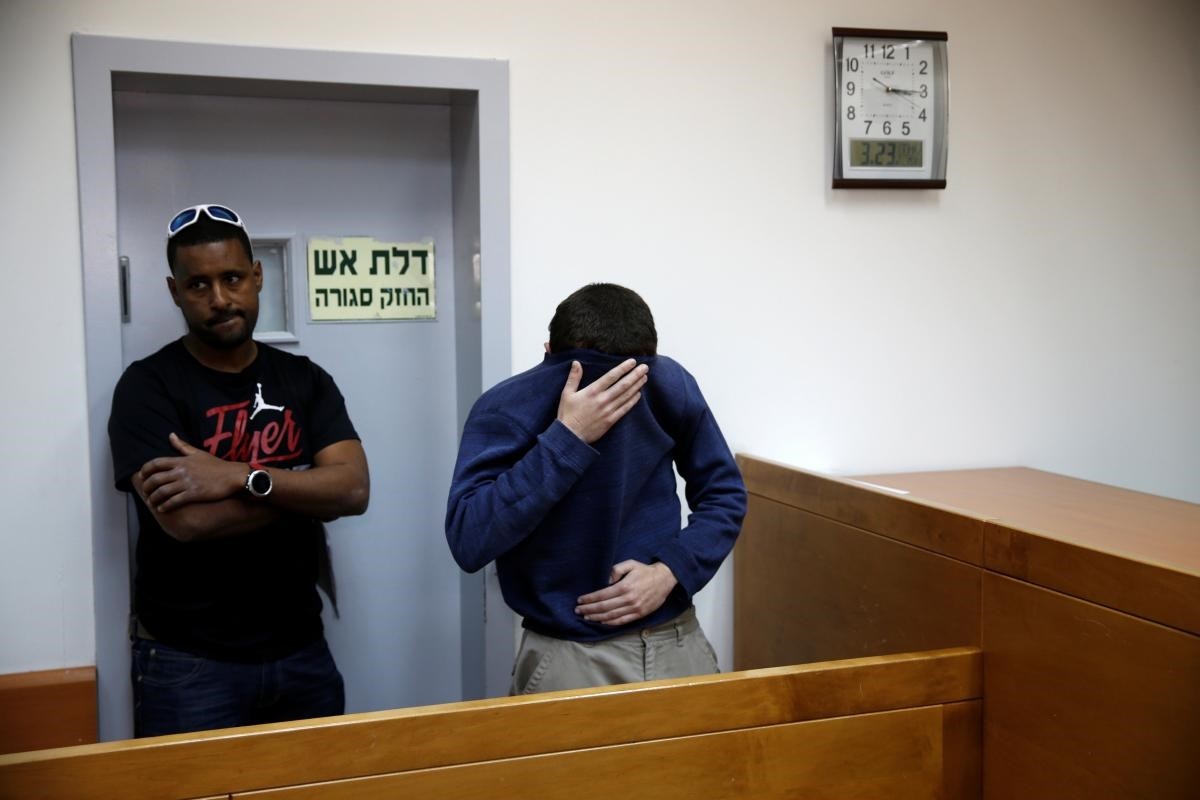 U.S.-Israeli teen (R) arrested in Israel on suspicion of making bomb threats against Jewish community centers in the U.S., Australia and New Zealand is seen before the start of a remand hearing in Israel on March 23, 2017. (Reuters Photo)
by Jun 28, 2018 12:00 am

An Israeli court found a U.S.-Israeli teenager guilty Thursday of making bomb threats targeting airports and Jewish community centers and schools in the United States from 2016 to 2017.

The 19-year-old, arrested in southern Israel last year, forced evacuations across the US and contributed to accusations that President Donald Trump had sparked a wave of anti-Semitism.

The man was found guilty of acts he committed after he turned 18, which was in August 2016. The court said he had committed around 2,000 threats by phone and email using identity-masking technology since 2015.

According to the conviction, the teenager marketed his threat services through the online marketplace AlphaBay, charging 40 dollars to call a private home and threaten a massacre, 80 dollars to threaten a school, and 500 dollars to bomb threat a plane.

He received the equivalent of 873,179 shekels (240,000 dollars) in the electronic currency bitcoin for the threats, the court said.

He is also convicted of threatening Ernesto Lopez, a senator in the legislature of the U.S. state of Delaware.

"The goal of the defendant was to cause public panic, to send many emergency forces to the threatened area, to cause an urgent evacuation of the place, to conduct searches and scans and to create a media echo that would enhance the damage inherent in his actions," the court said.

The court said the defendant, whose name remains under gag order in Israel, is autistic, but his mental illness "does not fulfill the conditions to be exempt from responsibility."

He was convicted of extortion by threats, publishing false information that causes fear and panic, and money-laundering, among other charges.