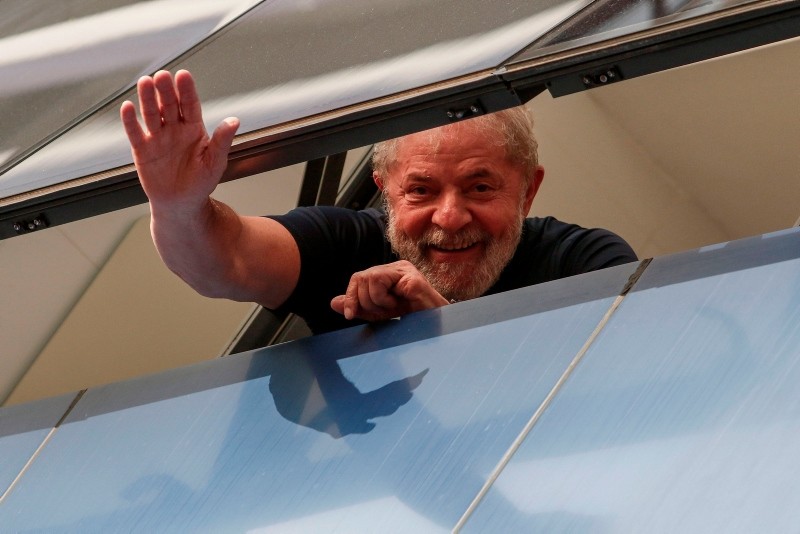 A Brazilian appeals court on Sunday delivered a surprise ruling ordering the release of former president Luiz Inacio Lula da Silva, 72, who has been jailed since April for corruption and could now be released within hours.

Leftist firebrand Lula -- who was convicted of accepting a seaside apartment as a bribe from Brazilian construction company OAS -- has been battling to overturn his 12-year sentence in the hopes of making another presidential bid in elections in October.

Judge Rogerio Favreto ruled in favor of several deputies of Lula's Workers' Party who on Friday had submitted a habeas corpus application on the former president's behalf.

On the heels of the ruling, top anti-corruption Judge Sergio Moro -- who originally sentenced Lula -- said the judge did not have the power to secure the leftist's release, declaring the decision "monocratic."

But even if released, Lula -- who ruled Brazil from 2003 to 2011, leaving office with sky-high ratings -- could see his candidacy invalidated by the South American country's electoral court.

Despite his jailing, Lula has consistently led presidential polls.

He insists he is innocent and has branded the accusations of accepting the apartment as a conspiracy aimed at thwarting his electoral bid.