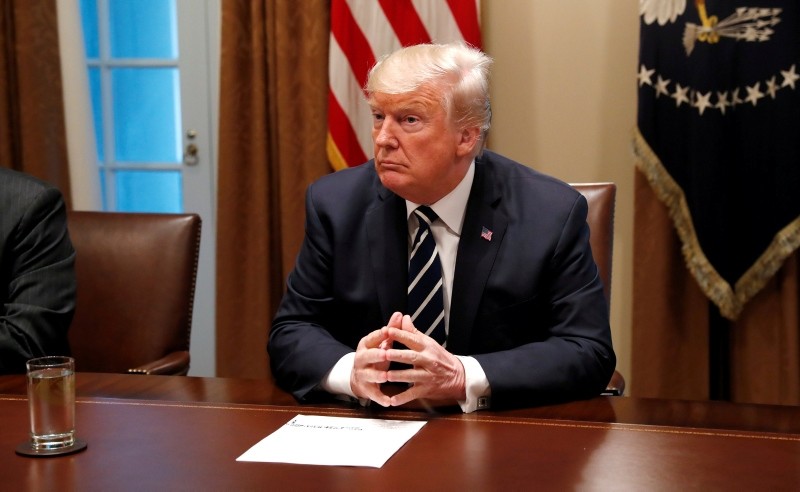 U.S. President Donald Trump, grappling with a torrent of criticism over his performance at a Helsinki summit with Russian President Vladimir Putin, said on Tuesday he misspoke at their joint news conference and meant to say he saw no reason why it was not Russia that interfered in the 2016 U.S. election.

Trump told reporters at the White House that he had full faith and support for U.S. intelligence agencies and accepted their conclusion that Russia meddled in the election.

Trump says he accepts the American intelligence community's conclusion that Russia interfered in the 2016 US election, claims he 'misspoke' when he said the opposite in his summit with Putin in Helsinki https://t.co/oRnrnS0hDL pic.twitter.com/TQCzBWDlCR

Offering a laborious explanation for his earlier remarks, which triggered a firestorm, both among opposition Democrats and members of his own Republican Party, Trump said "I actually went out and reviewed a clip of an answer that I gave, and I realize that there is need for some clarification."

"I thought it would be obvious but I would like to clarify just in case it wasn't. In a key sentence in my remarks I said the word 'would' instead of 'wouldn't'."

"The sentence should have been, 'I don't see any reason why I wouldn't, or why it wouldn't be Russia,'" he said.

He added that Russian actions had no impact on the outcome of the vote and the administration would work aggressively to protect the November 2018 congressional elections.

However, while standing alongside Putin at the news conference in Helsinki on Monday, Trump had said he was not convinced it was Moscow when asked if he believed U.S. intelligence agencies' conclusions that Russia interfered in the election in an effort to help him defeat Democrat Hillary Clinton.

"I don't see any reason why it would be," Trump said. "President Putin was extremely strong and powerful in his denial today."

Insisting he had won the race fair and square, Trump said: "I have President Putin, he just said it is not Russia. I will say this: I don't see any reason why it would be."

He also delivered no condemnation of Russia's interference and refused to say he believes American intelligence agencies over Russia's denials of meddling.