Cartoonist fired from US newspaper after drawings critical of Trump 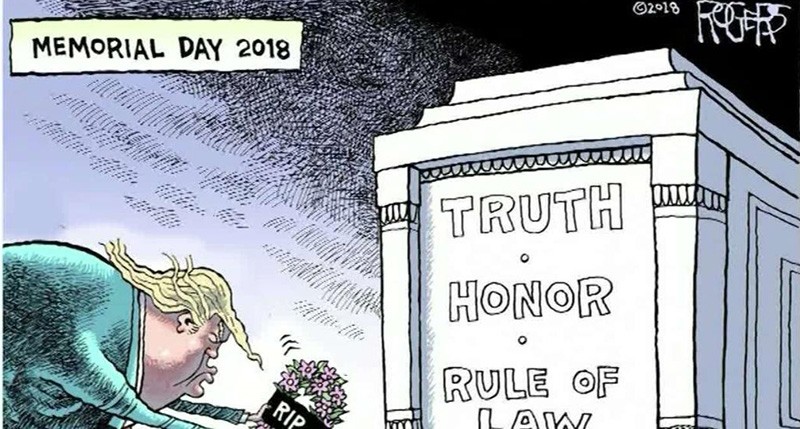 When longtime editorial cartoonist Rob Rogers was fired from his job at a prominent U.S. newspaper for drawings that criticized U.S. President Donald Trump, it was one more indicator that the U.S. press may be losing its appetite for freedom.

Rogers – a native of Pittsburgh, Pennsylvania – had been working as an editorial cartoonist for the Pittsburgh Post-Gazette for 25 years when the paper brought in a new editor.

In Rogers' last three months at the job, the new editor killed 19 of his cartoons – a huge uptick from the average two or three cartoons a year, Rogers told Al-Jazeera. He was fired soon after.

"The reason this is different is that it seems like it's influenced by the politics of the day, which is Trump telling everyone that it's fake news and that the media is the enemy," Rogers said in the interview.

Rogers' experience prompts the question of whether Trump's persistent rhetoric has finally affected the leadership of news companies, pressuring them to opt for softer takes on the president's policies in order to avoid his wrath.

Rogers, who views cartoons as "a way to get a point across and continue a conversation about certain issues," has refused to stop drawing.

Eighteen of the cartoons that supposedly got him fired are now on display at the Corcoran Gallery of Art in Washington, D.C. He continues to work as a freelance cartoonist.