Canada to accept up to 250 White Helmets volunteers and family members, report says 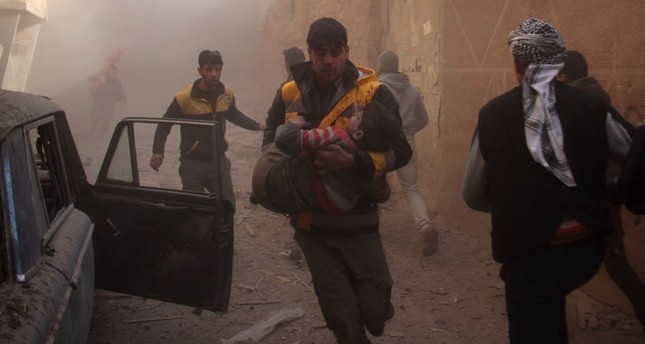 Members of the Syrian a volunteer civil defense group the White helmets, evacuate wounded people following airstrikes in the Eastern Ghouta region on the outskirts of the capital Damascus, Jan. 8.
by Compiled from Wire Services Jul 22, 2018 12:00 am

Canada is prepared to take up to 50 Syrian White Helmets volunteers as well as members of their families, which would amount to up to 250 people given refuge by Ottawa, CBC News reports citing anonymous government sources.

The Liberal government of Prime Minister Justin Trudeau has been working with Britain and Germany to extract hundreds of the civil defence volunteers trapped by the Assad regime offensive in the south-west of the country, the report says.

The White Helmets has often conducted daring rescues of people trapped in the rubble of bomb sites and their videos have frequently gone viral online.

The group has been credited with saving thousands of civilian lives.