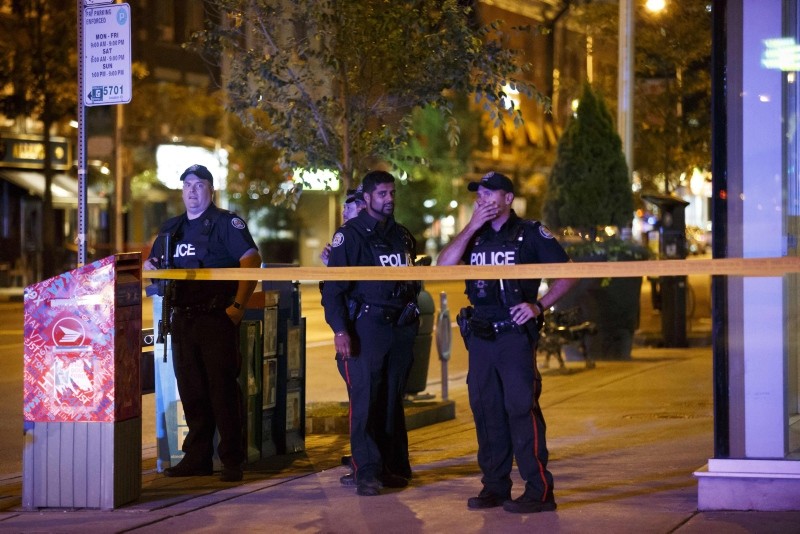 Daesh terror group has claimed responsibility for a shooting in Toronto on Sunday that killed two people and wounded 13, the group's AMAQ news agency said on Wednesday.

The attacker "was a soldier of the Islamic State and carried out the attack in response to calls to target the citizens of the coalition countries," a statement by the group said, using an alternative name for the group. The group did not provide further detail or evidence for its claim.

A man shot 14 people, killing two of them, in a lively Toronto neighborhood before dying after an exchange of gunfire with police late Sunday, police said.

They say she is from Markham, Ontario, and her family is requesting privacy during their time of grief.

Police previously identified the other person killed in the shooting as 18-year-old Reese Fallon. 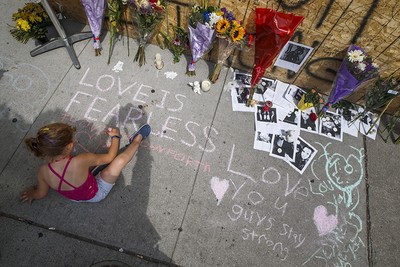 A video from one witness shows a man dressed in black clothes and a black hat walking quickly and firing three shots from the sidewalk into at least one shop or restaurant. Toronto's Greektown is a lively residential area with crowded Greek restaurants and cafes.

The condition of the other victims was not known yet, police spokesman Mark Pugash said.

John Tulloch said he and his brother had just gotten out of their car when he heard about 20 to 30 gunshots.

"We just ran. We saw people starting to run so we just ran," he said.

An army of police, paramedics and other first responders soon descended on the scene, while area residents, some in their pajamas, emerged from their homes to see what was happening.

"It's not gang related. It looks like someone who is very disturbed," Fletcher said.

Fletcher said for this to happen in an area where families gather for dinner is a tragedy.

"We were so use to living in a city where these things didn't happen," Toronto Mayor John Tory said. "But there are things that happen nowadays and they are just unspeakable."

This past weekend Toronto police deployed dozens of additional officers to deal with a recent spike in gun violence in the city. Tory said the city has a gun problem.

"Guns are too readily available to too many people," Tory said.