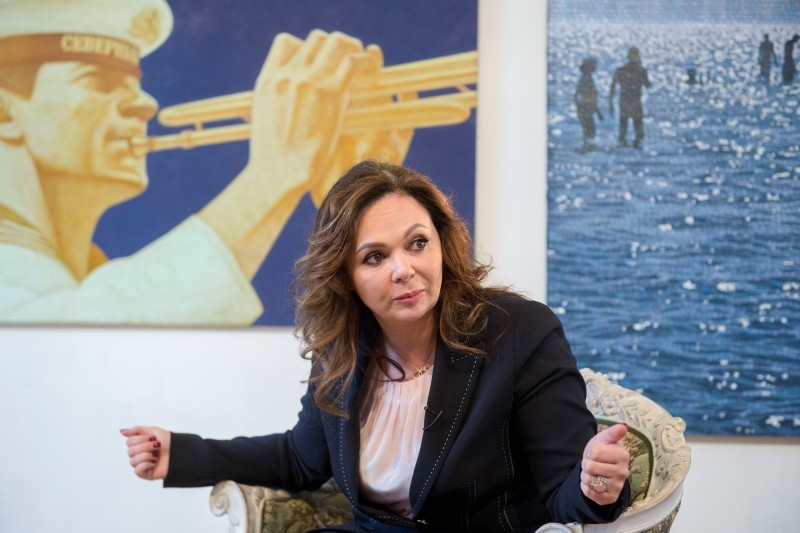 The Moscow lawyer said to have promised Donald Trump's presidential campaign dirt on his Democratic opponent worked more closely with senior Russian government officials than she previously let on, according to documents reviewed by The Associated Press.

Scores of emails, transcripts and legal documents paint a portrait of Natalia Veselnitskaya as a well-connected attorney who served as a ghostwriter for top Russian government lawyers and received assistance from senior Interior Ministry personnel in a case involving a key client.

The data was obtained through Russian opposition figure Mikhail Khodorkovsky's London-based investigative unit, the Dossier Center, that is compiling profiles of Russians it accuses of benefiting from corruption. The data was later shared with journalists at the AP, the Swiss newspaper Tages-Anzeiger, Greek news website Inside Story and others.

The AP was unable to reach Veselnitskaya for comment. Messages from a reporter sent to her phone were marked as "read" but were not returned. A list of questions sent via email went unanswered.

Veselnitskaya has been under scrutiny since it emerged last year that Trump's eldest son, Donald Jr., met with her in June 2016 after being told by an intermediary that she represented the Russian government and was offering Moscow's help defeating rival presidential candidate Hillary Clinton.

Veselnitskaya has denied acting on behalf of Russian officialdom when she met with the Trump team, telling Congress that she operates "independently of any government bodies."

But recent reporting has cast doubt on her story. In an April interview with NBC News, Veselnitskaya acknowledged acting as an "informant" for the Russian government after being confronted with an earlier batch of emails obtained through the Dossier Center.

The new documents reviewed by AP suggest her ties to Russian authorities are close — and they pull the curtain back on her campaign to overturn the sanctions imposed by the U.S. on Russian officials.

The source of the material is murky.

Veselnitskaya has previously said that her emails were hacked. Khodorkovsky told AP he couldn't know where the messages came from, saying his group maintained a series of anonymous digital drop boxes.

The AP worked to authenticate the 200-odd documents, in some cases by verifying the digital signatures carried in email headers.

In three other cases, individuals named in various email chains confirmed that the messages were genuine. Other correspondence was partially verified by confirming the nonpublic phone numbers or email addresses they held, including some belonging to senior Russian officials and U.S. lobbyists.