Plane crash in Paraguay kills minister, deputy and 2 others 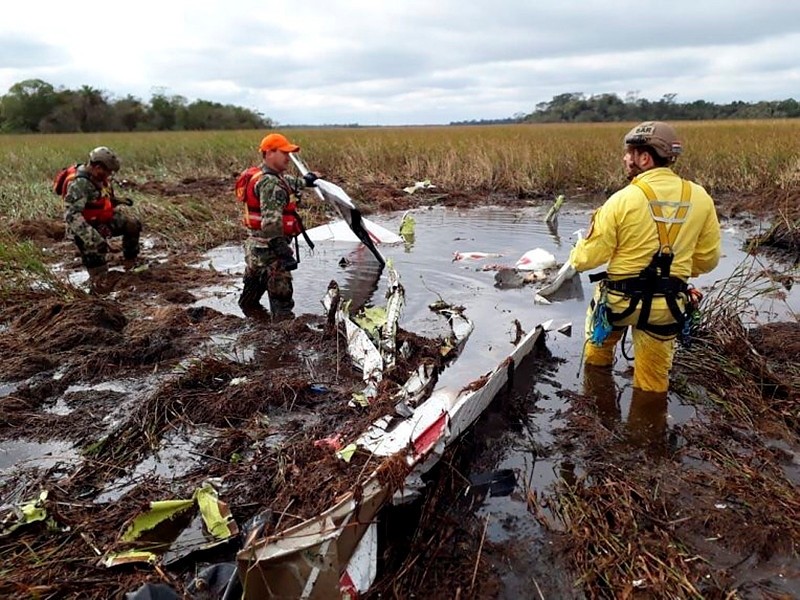 Turkey's Foreign Ministry offered condolences Thursday over a plane crash in Paraguay that killed a minister and three others.

"We are saddened to hear that Agriculture Minister Luis Gneiting and Vice Minister Vicente Ramirez of Paraguay and two pilots lost their lives in the plane crash on the evening of July 25th in Paraguay," the ministry said in a statement.

The ministry "conveys our condolences to the relatives of those who lost their lives in the accident and the Government and people of Paraguay".

Contact was lost with the small plane, which was heading to the capital, Asuncion, minutes after it took off Wednesday at 6:20 p.m.

Remnants of the aircraft, a twin-engine Beechcraft Baron, were found Thursday morning in a swamp six kilometers (3.72 miles) from the airport in the city of Ayolas after a 14-hour search, Luis Aguirre, head of the National Directorate of Civil Aviation, told Paraguay's national radio.

"There are no survivors," Roque Gonzalez, a member of a search and rescue unit, told local media.

Gneiting was returning to the capital Asuncion, 300 kilometers away, after visiting his terminally ill mother, who died on Thursday just hours after her son.

The cause of the crash was not immediately clear.