Active shooter report at US Air Force base false alarm 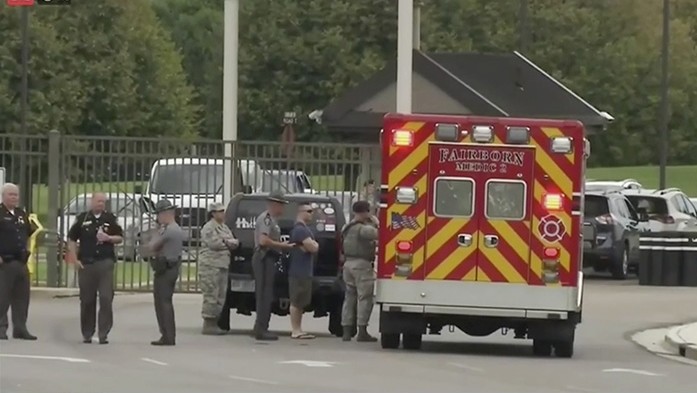 In this frame from video from WKEF, authorities work at the Wright-Patterson Air Force base in Ohio amid reports of an active shooter at the base Thursday, Aug. 2, 2018. (WKEF via AP)
by Daily Sabah Aug 02, 2018 12:00 am

U.S. Wright-Patterson Air Force Base said Thursday that reports of an active shooter incident were a false alarm.

The base, located in Dayton, Ohio, explained that the scare was sparked when someone called 911 during a routine active shooter safety drill, believing it to be an actual dangerous incident.

"There was no real-world active shooter incident on Wright-Patterson AFB and base personnel remain safe," the base said on Twitter.

Responding to the "reported active shooter incident" reported at 12:40 p.m., security forces, and firefighters evacuated the base hospital and carried out a thorough sweep without finding a threat.