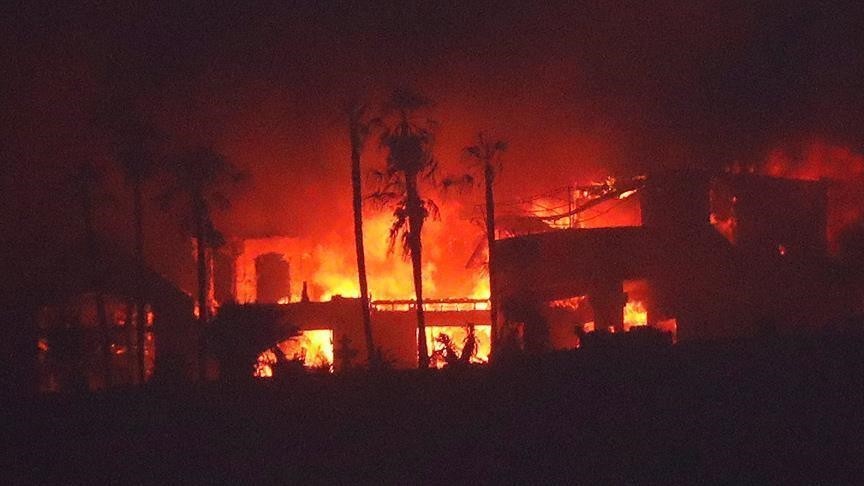 Firefighters are battling strong winds and high temperatures Friday as wildfires continue to plague the state of California.

Alerts have been upgraded to Reg Flag Warnings by the California Department of Forestry and Fire Protection due to low humidity, gusty winds and high temperatures.

Authorities has been using firefighting air tankers to try to help against the blazes from the sky, however, current wind conditions are limiting their approach.

"As we get in or around wind speeds that exceed 30 miles per hour, the [flame] retardant is just no longer effective," said Justin McGough, a battalion chief at Cal Fire, in a video released on YouTube.

According to the latest report from Cal Fire, the most destructive blaze, the Carr fire, has grown to just below 132,000 acres, while containment is at 39 percent.

The Carr fire is now the 6th most destructive fire in state's history, killing at least 6 people. Two others were killed in another wildfire in the state.

In the city of Redding, repopulation notices have been given to residents but for some there is nothing left but the charred remains of homes. The fire has destroyed more than 1,000 structures and damaged nearly 200 others.

There is no end in sight as forecasts for the region have temperatures for the weekend remaining near 100 degrees Fahrenheit (38 Celsius) as firefighters try to bring the fires under control.