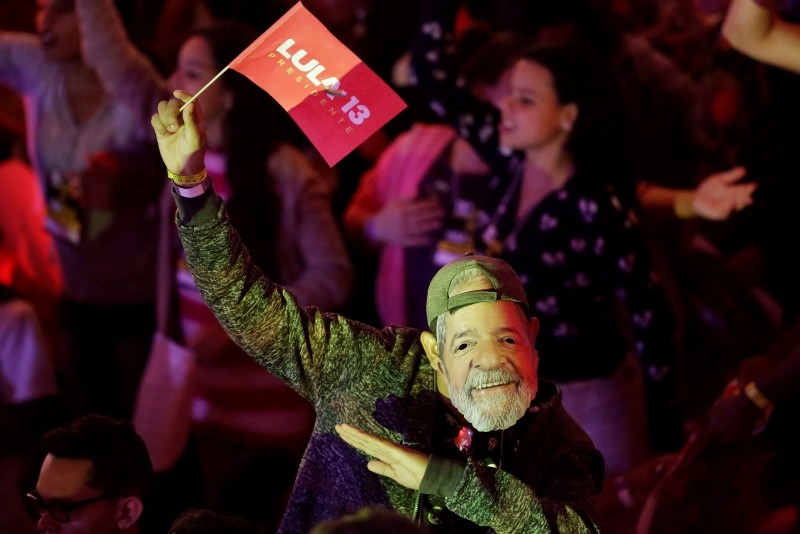 In a message from Lula read to the party convention in Sao Paulo, he said, "Brazil needs to restore its democracy."

Lula is in prison in the southern city of Curitiba, serving a 12-year sentence for corruption and is likely to be barred from the ballot.

But his Workers' Party is acting as if it's business as normal in Lula's bid for a return to office after his largely popular two terms from 2003-2010.

While he wasn't able to attend the Sao Paulo convention, the approximately 2,000 attendees were issued Lula masks and their enthusiasm was undimmed.

"They thought the coup would end with Lula in prison, with the people abandoning Lula, but the opposite has happened," said Paulo Henrique Barbosa Mateus, a 27-year-old unemployed man at the convention, voicing the faithful's belief that Lula's trial was trumped up to prevent him from running.

"We've got even stronger. Our role is to reinforce his candidacy and make sure he gets his right to be in the campaign, because he is innocent."

Supporters have one remarkable factor on their side: despite his imprisonment and the corruption scandal, Lula remains far ahead in the polls.

Surveys show him with near double the support of all other main candidates in a first round, crushing any runner-up in the second decisive round two weeks later.