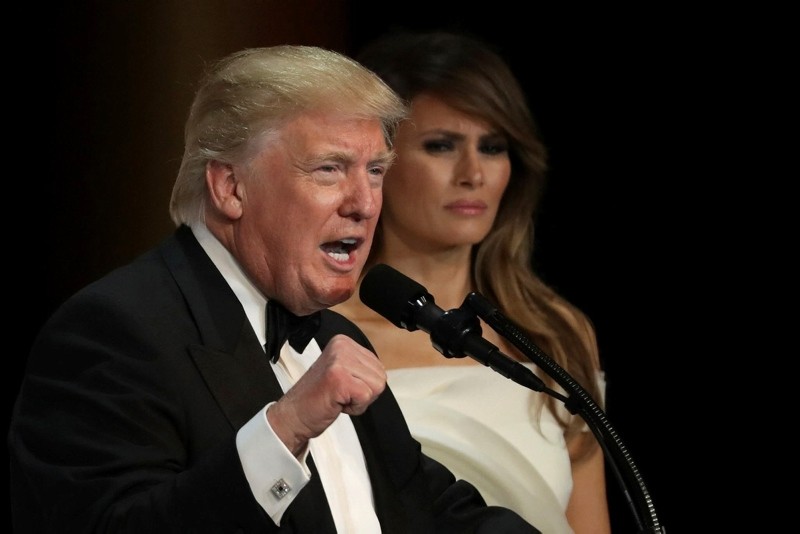 First lady the U.S. Melania Trump stepped away from her husband's criticism of NBA star LeBron James to compliment his work on behalf of children and even offer to visit his school for at-risk children.

"It looks like LeBron James is working to do good things on behalf of our next generation and just as she always has, the First Lady encourages everyone to have an open dialogue about issues facing children today." Mrs. Trump's spokeswoman, Stephanie Grisham, said in a statement Saturday.

The statement's tone was in stark contrast to President Donald Trump's tweet Friday night following James' appearance on CNN in which he told journalist Don Lemon that he "would never sit across" from Trump, whom James has criticized in the past. The interview took place at James' "I Promise" school in his hometown of Akron, Ohio.

"Lebron James was just interviewed by the dumbest man on television, Don Lemon," Trump tweeted in a swipe at a news network he often derides. "He made Lebron look smart, which isn't easy to do."

While many former and current professional athletes jumped to James' defense, Mrs. Trump's spokeswoman noted that the first lady's Be Best initiative for children promoted "the importance of responsible online behavior" as well as their well-being and healthy living.

"Her platform centers around visiting organizations, hospitals and schools, and she would be open to visiting the I Promise School in Akron," Grisham said.

Mrs. Trump has stood apart from her husband's views before. In June, when migrant families entering the U.S. illegally were being separated at the U.S.-Mexico border under Trump administration policies, she said through her spokeswoman that she "hated" to see the separations and that she believed the U.S. needed to be a country that "follows all laws, but also a country that governs with heart."