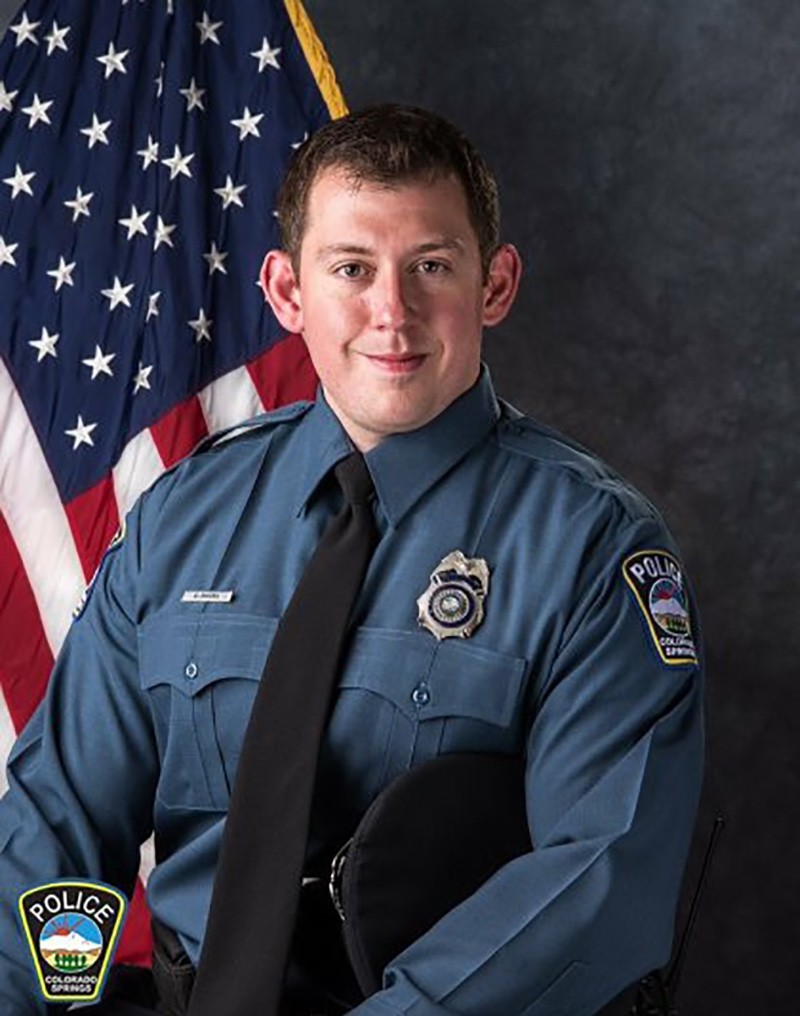 Photo of Officer Cem Du00fczel from the Colorado Springs Police Department.
by Daily Sabah with AP Aug 05, 2018 12:00 am

A Turkish-origin police officer who was shot in the head by an Iraqi immigrant in the U.S. state of Colorado on Thursday remains in critical condition.

Officer Cem Düzel of Colorado Springs was responding to a call in the early morning hours when a man pulled out a gun and began shooting at him, authorities said.

Düzel, 30, was shot in the head and remains in an area hospital. Health officials said he has shown movement on both sides of his body, a hopeful sign, local media reported.

Hundreds of community members attended a prayer vigil on Friday night to support Düzel. The community is also collecting donations to help his family with medical expenses.

Hundreds of residents are showing their love and support for injured #CSPD Officer Cem Duzel at a prayer vigil tonight. pic.twitter.com/Rua7yKvMRu

The attacker was a 31-year-old Iraqi immigrant Karrar Noaman Al Khammasi, which court records show has a recent criminal history in the U.S.

He was first charged with drunk driving in 2013. After a month later, Khammasi added another charge of criminal extortion where investigators claimed he threatened a man and his family and set a car on fire.

Al Khammasi was charged earlier this year for allegedly possessing a stolen handgun. Al Khammasi's hospitalization caused him to miss a court appearance on the gun charge Friday.