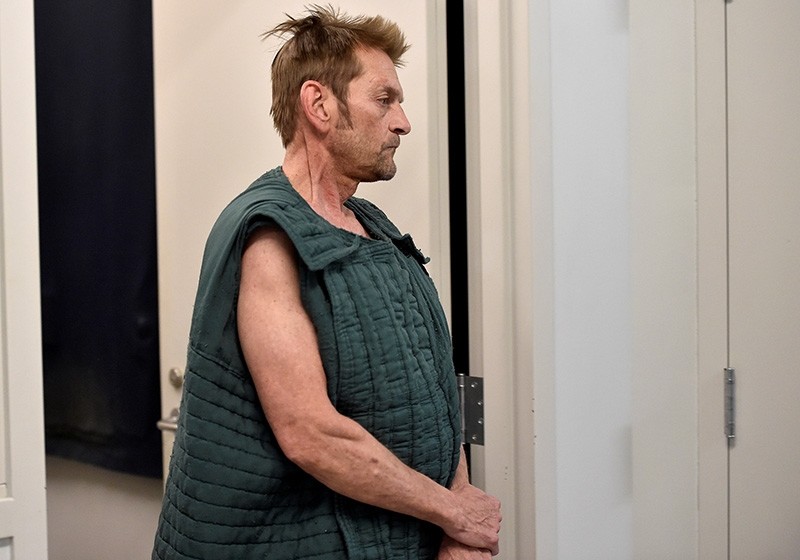 Adam Purinton, accused of killing Srinivas Kuchibhotla and wounding Alok Madasani and one another, appearing via video conference from jail during his initial court appearance in Olathe, Kansas, Feb. 27, 2017. (Reuters Photo)
by Daily Sabah with Agencies Aug 08, 2018 12:00 am

An American man was sentenced Tuesday to life in prison without parole for the hate crime killing of an Indian man and wounding of another in a Kansas bar in February 2017.

Adam Purinton of Olathe, Kansas, pleaded guilty in May to hate crime and firearm offenses to avoid the death penalty, admitting that he targeted Indian nationals Srinivas Kuchibhotla, who was killed, and Alok Madasani, who was wounded, because of their race, color and national origin, the Justice Department said.

Witnesses to the shooting said Purinton, who thought the men were Iranian, yelled "Get out of my country!" before opening fire. The navy veteran also admitted that he shot the third victim, Ian Grillot of Kansas, as he fled the scene.

Kuchibhotla was an engineer with the U.S. company Garmin. His death at age 32 shocked India, which sends thousands of its citizens to study and work in the U.S.

Sunayana Dumala, Kuchibhotla's widow, said in a statement addressed to Purinton that she and her husband came to the United States full of aspirations.

"Now, my American dream - and that of Srinu's - is broken," she said, using her husband's nickname. She said her husband was always kind and respectful to others.

"If you could have kept your anger inside and spoke to my husband softly, Srinu would have been more than happy to share his background and help you understand that not every brown-skinned person is suspicious or evil, but kind, smart and contributing to America," Dumala said.