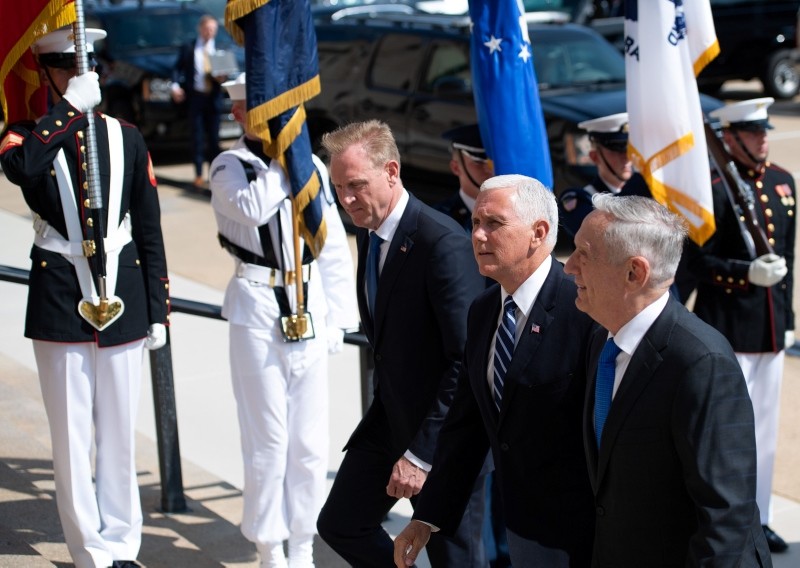 The United States will create by 2020 a Space Force, as a sixth branch of the military, Vice President Mike Pence announced on Thursday, conceding the plan still required the agreement of Congress and a budget.

The program would aim to ensure the US remained ahead of adversaries, especially Russia and China, whose technologies are rapidly advancing.

Pence said the initial request from Congress would be for 8 billion dollars over five years to be included in the defense spending budget for the fiscal year 2020. He said the administration was working with Congress on legislation.

"We must have American dominance in space, and so we will," Pence said.

He laid out what the US perceived as threats from Moscow and Beijing in particular, who are developing new weapons for use in space as well as improving their ability to counter existing systems, such as GPS.

"What was once peaceful and uncontested is now crowded and adversarial," Pence said, adding that space had already become a "war fighting domain."

"Peace only comes through strength," Pence said. "In the realm of outer space, the United States Space Force will be that strength in the years ahead."

The Department of Defence plan calls for establishing a Space Development Agency, a Space Operations Force and a Space Command, copying to some extent the existing services and wings of other branches.

The new force would also aim to streamline existing space-oriented units within the existing branches of the armed forces.

One of the key functions of the new branch would be to aid US forces on the ground and the air force, giving them combat superiority. This would be done initially through advancing technological capabilities.

President Donald Trump, who regularly touts the Space Force in his rallies to loud cheers from his supporters, tweeted: "Space Force all the way!" after Pence's speech. The president started to seriously pursue the idea in March.

The plan already has some support in Congress, on both sides of the aisle, though it remains to be seen exactly how widespread this will become.

Mike Rogers, a Republican from Alabama, said lawmakers were "warning for years about the threats to our space assets and the unacceptably slow pace to develop more capable space systems." He welcomed what he said was a first step in a multi-year process.