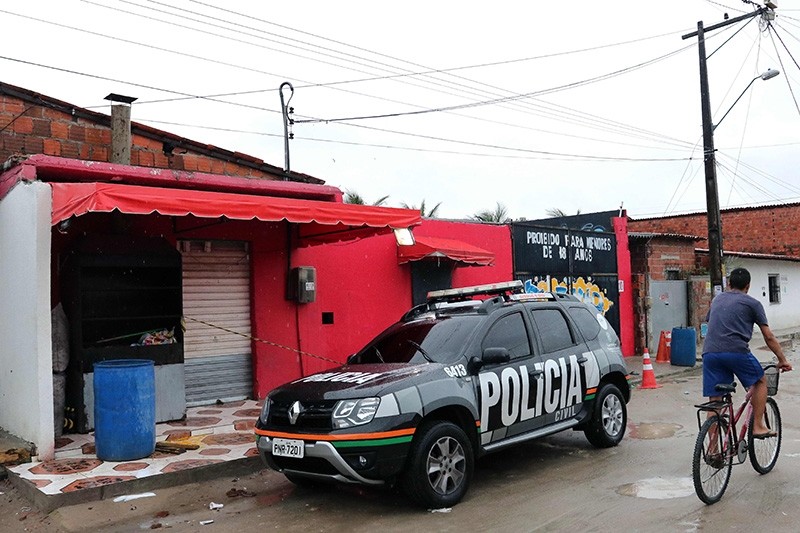 A record 63,880 people were slain in Brazil last year, making it the deadliest year in the country's history, a report said Thursday.

Latin America's largest nation has long been the world leader in overall homicide numbers, and its homicide rate is also one of the highest.

The Brazilian Public Security Forum, an independent organization that tracks national crime statistics and produced the report, said organized crime is one of the reasons the rate keeps growing.

But it added that increasingly violent police operations also play an important role. Those operations come as authorities seek to confront drug gangs that control many of Brazil's slum networks known as favelas. The report counted an average of 14 deaths a day at the hands of police officers, which it said was a 20 percent increase over last year.

Critics worry cases of police violence will keep worsening, especially in Rio de Janeiro, where President Michel Temer has handed all control over public security to the military until the end of the year.

Addressing violence against women, the report said more than 1,000 women were killed in hate crimes tied to their gender. Even though Brazil has strong domestic abuse laws, violence against women is regularly in the news. Most recently, security footage of a man beating his wife moments before she died shocked the country.

The overall surge in violence has made public security a major concern for Brazilians.

The topic is an issue for candidates in October's presidential election. Far-right politician Jair Bolsonaro, who is running second in opinion polls, has found widespread support for his promise to give police "carte blanche" to kill criminals.

Samira Bueno, executive director of the Brazilian Forum for Public Security, argues for a different approach. She thinks the focus should lie on ensuring different police branches work together. In Brazil, military police are in charge of patrolling the streets, but work separately from the intelligence operations of municipal police.

"The government primarily invests in the military police because voters want to see a heavy police presence on the street," Bueno said. "This leaves the civil police marginalized."

Last month, the government introduced a single system for public security that aims to improve collaboration among different police sectors.

Bueno said improved cooperation is crucial because at present most homicide cases in Brazil never get solved. The lack of convictions "sends the message: You can kill, and get away with it," she said.