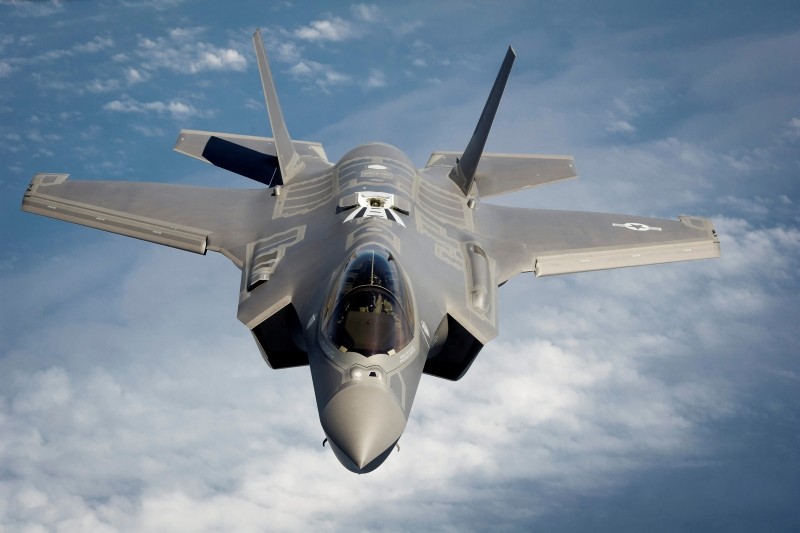 A formal letter of complaint sent to U.S. Defense Secretary James Mattis has revealed that a U.S. Air Force Brigadier General has been operating "an online evangelical Christian ministry" since 2013, violating government and military rules on proselytization — the act of trying to get someone to change faiths.

The letter penned by the Military and Religious Freedom Foundation (MRFF), a nonprofit organization advocating for the separation of church and state in the military, was sent to Mattis and the Pentagon on Sunday after 41 complaints were received about Brig. Gen. E. John Teichert, Newsweek's Nina Burleigh reported Monday.

The 22-page complaint letter, also sent to Teichert's commanders at Edwards Air Force Base, requests an investigation into whether the general's "conduct interferes with or violates the civil liberties of service-members and civilians under his command."

On his site the Prayers at Lunchtime for the United States (PLUS), the general describes himself as "an active duty Brigadier General who has served in the United States Air Force since 1994, and who was saved by grace through faith in Christ in 2004."

"The Lord has blessed his career while burdening his heart with the need for our nation to return to its Christian foundation," it continues under the section titled 'About John'.

At the end of the paragraph lies a link to his 2014 interview with Pastor Paul Chappell, in which he explains his reasoning for establishing such a site as: "to prompt Christians to be faithful in prayer such that it will spur widespread revival in our nation. The goal is to change our national spirit so that the Lord can change our national direction. I'm concerned about our country's drift away from the foundation on which we were built."

Under "Motivation," Teichert says his posts "are directed towards Christians, who have failed to pray as we should and on whose watch this nation has drifted from its foundation. Christians are encouraged to find a place to pray and advertise it so that others can join them. This type of group prayer will create an environment of encouraging others, challenging others, and prompting accountability."

The general also calls for Christians to pray for "A return to our Biblical Foundation", "Appreciation for our national Christian heritage" and "Appreciation for a nation formed, blessed and prospered by God's power" in his list of prayers.

The MRFF says such remarks clearly show Teichert's Christian dominionist beliefs, according to which Christians should, and eventually will, take control of the government that will be ruled by Biblical law. Dominionism also sees America's founding fathers as devout evangelicals and the U.S. as a Christian nation.

By not including a disclaimer on his website, Teicher has violated Air Force standards, MRFF states in the letter, as his words might be construed as "officially endorsing or disproving of, or extending preferential treatment for a faith, belief, or absence of belief."

"MRFF submits that Brig. Gen. Teichert's publicly posted remarks demonstrate his discriminatory animus and overt condemnation of all personnel under his command who do not share his personal and particular dominionistic brand of Christianity," the letter says.

"For those members of the 412th Test Wing at EAFB who are, e.g., agnostic, atheist, Hindu, Jewish, Mormon, Muslim, humanists, secularists, etc., his conduct at issue here, 'seriously compromises [his] standing as an officer,'" the NGO concludes, underlining that his site violates military diversity regulations.

The founder and president of the MRFF Michael Weinstein called Teichert "an unconstitutional train wreck," demanding that his enablers at the U.S. Air Force and Department of Defense are revealed immediately.