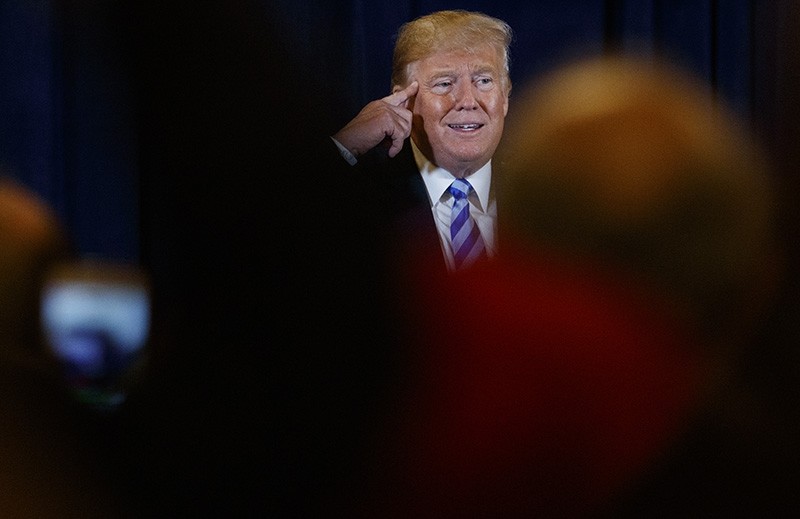 As U.S. President Donald Trump's foreign and economic affairs spiral out of control, it's not hard to see why, with the volcano of diplomatic faux pas he's accumulated in just a year and a half in office.

On Tuesday, Foreign Minister Mevlüt Çavuşoğlu pointed to the state of "confusion" within the Trump administration, stating: "No one knows who is doing what… In general there is chaos in management."

Trump has ramped up his diplomatic rampage in recent months, alienating his closest economic and political allies with rhetorical and economic warmongering that has sent the global economy into flux.

Trump's "impulsive" personality and love for talking on the phone means he tries calling world leaders anytime he wants with no clear diplomatic purpose, even when it's the middle of the night in that leader's country.

The source said Trump's aides have to explain the concept of time zone differences on "a constant basis."

"He wasn't great with recognizing that the leader of a country might be 80 or 85 years old and isn't going to be awake or in the right place at 10:30 or 11 p.m. their time," a former Trump National Security Council official told Politico.

Sources said Trump goes into "autopilot" in some of the calls, using "factual errors" to communicate his point. In a call with Canadian Prime Minister Trudeau, Trump threw false trade stats at the leader, which Trudeau refuted.

Most leaders "don't want to correct him and don't want to set him off," one foreign policy expert told Politico.

His favorite leaders to call are French President Emmanuel Macron, with whom one source said Trump has a "bizarre" fascination, and Japanese Prime Minister Shinzo Abe, who he has succeeding in getting out of bed in the middle of the night.

While Trump's limited understanding of the globe are inconvenient, his unblushing ignorance of international affairs is far worse.

At a meeting with Abe in April, he repeatedly hailed Chinese President Xi Jinping, apparently unaware of the countries' political rivalry and undoubtedly irritating his guest.

In one 2017 briefing ahead of a meeting with India's prime minister, Trump was surprised to see Nepal and Bhutan on the map, asking the aides, "What is this stuff in between and these other countries?", two sources with knowledge of the meeting said.

"He didn't know what those were. He thought it was all part of India," the source said, adding that the president laughingly pronounced the countries names as "nipple" and "button."

He also asked the aides if Narendra Modi would be accompanied by his wife on the visit. When aides explained that the Indian prime minister has been long estranged from his wife, Trump joked, "Ah, I think I can set him up with somebody."

Trump sometimes avoids being specific with words or names he's unsure he can pronounce, but when he does try, it's often regrettable.

Perhaps most memorably, Trump pronounced Namibia as "Nambia" in a meeting with African countries at the U.N. General Assembly last September.

At the same gathering, he told leaders, "I have so many friends going to your countries, trying to get rich. I congratulate you," drawing cringes over the comment's colonial overtones.

Last month, Trump congratulated Italian Prime Minister Giuseppe Conte on his "tremendous victory," apparently unaware that Conte didn't run for office in the election and was a compromise candidate chosen by the winning parties.

Trump reportedly has a significant interest in U.S. arms sales overseas, even when deals would surely fall flat. A former NSC source said he asked in one meeting about two countries, "Who do we sell more weapons to?"

Some U.S. officials have expressed alarm at Trump's flippant disregard for protocol, despite the White House indefatigably backing him up.

"The underlying premise of protocol is respect for other people," Wendy Sherman, a former senior State Department official in the Clinton and Obama administrations, told Politico.

The U.S.' allies would agree, as Trump continues to bully Turkey and its other NATO allies to try to achieve his political goals. Increased sanctions on Turkey, Russia and Iran have provoked global outrage.

"If the U.S. wants to continue being a reputable country, it cannot do so with these impositions," Foreign Minister Çavuşoğlu warned Tuesday, voicing the sentiments of the majority of its European and eastern neighbors.