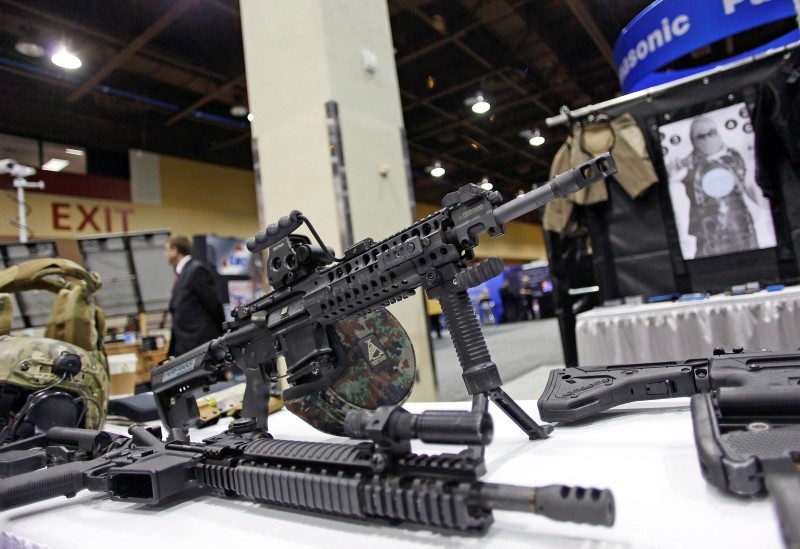 An AR-15 style rifle is displayed at the 7th annual Border Security Expo in Phoenix, Arizona. (Reuters Photo)
by Associated Press Aug 14, 2018 12:00 am

The district won't fund the acquisition of firearms and the rifles will be locked up in the schools, according to district officials.

The Bismarck officers currently carry handguns, which Stugelmeyer said won't help if they need to shoot from a distance.

"I fully believe that we have some solid preventative measures in place, and generally our schools are safe," he said. "But we have to do everything we can to be prepared for something if it did happen."

"I think we have to take any kind of threat to our kids seriously," said district Interim Supt. Jim Haussler. "I don't think (the police department's) request would've been made without them believing that (the rifles) will provide them with the tools necessary."

The 2019 city budget has not yet been finalized. If the request is approved, Bismarck police will receive the funds in January.