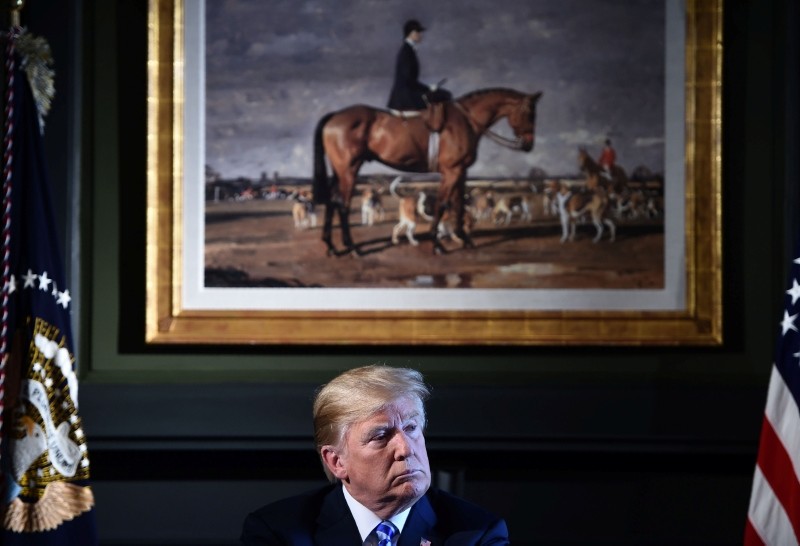 Branded "enemy of the people" by Donald Trump, the US news media is responding with a campaign aimed at countering the president's narrative and highlighting the importance of a free press.

More than 200 news organizations are to participate in a coordinated campaign Thursday with editorials about the importance of an independent media and a social media hashtag #EnemyOfNone.

The move comes in response to a call by the Boston Globe amid a growing sense of unease that Trump's rhetoric is harmful to a free press and may even incite violence against journalists.

The Boston daily said it called on editorial boards nationwide to write and publish editorials denouncing a "dirty war against the free press."

Free press advocates argue that Trump's efforts threaten the role of the press as a check against abuse of power in government and imperils the constitutional First Amendment protection for journalists.

"I don't think the press can just sit back and take it, they need to make their case when the most powerful man in the world tries to undercut the First Amendment," said Ken Paulson, a former editor-in-chief of USA Today who heads the Newseum's First Amendment Center and is dean of communications at Middle Tennessee State University.

But Paulson questioned whether editorials would be effective.

"The people who read editorials don't need to be convinced," he said.

"They are not the ones trying to shout you down at presidential rallies."

In the face of a White House onslaught, Paulson said the media needs a broader "marketing" campaign to highlight the importance of a free press as a core value.

The campaign also faces the potential for galvanizing supporters of the president around the notion that the media is out to get him.

"The media are organizing an ever more deliberate and public attack on @realDonaldTrump and on the 'deplorable' half of the country who support him. And the media wonders why we think they are 'fake news?'" tweeted Mike Huckabee, a former Republican governor who is a Fox News commentator.

Columnist James Freeman of the Wall Street Journal, owned by Trump ally Rupert Murdoch, said the campaign "probably isn't the best way to expand readership among the rightward half of the electorate."

Freeman added: "If the Globe's effort is actually not intended to broaden its audience but instead to energize those who already oppose the president, this again may be a strategy more suited to politics than to journalism."

Even some Trump critics have reservations about the campaign.

Politico media writer Jack Shafer said the coordinated effort "is sure to backfire."

"It will provide Trump with the circumstantial evidence of the existence of a national press cabal that has been convened solely to opposes him," he said.

But media rights advocates say the stakes are too high to allow the president's claims to go unchecked.

Some say Trump's comments have incited threats against journalists covering his events, and may have created a climate of hostility that opened the door to violent attacks like the June fatal attack on the Capital Gazette in Annapolis, Maryland.

An Ipsos poll released this month found 43 percent of Republicans agreed that the president should have the authority to close news outlets engaged in "bad behavior."

"I don't know of any other industry that would not fight back," said Lucy Dalglish, dean of journalism at the University of Maryland.

"The framers of our country recognized that information freely gathered and freely disseminated is of paramount importance," and thus enshrined in the constitution, she said.

Dan Kennedy, a journalism professor at Northeastern University, said the message is important even if it sparks a backlash.

"It's worthwhile for newspapers to reaffirm their values and the importance of the First Amendment in a coherent, coordinated way," he said.

Joining the effort Tuesday, New York Times editorial page editor James Bennet said, "At a time when newspapers around the country are under real commercial and political pressure, we think it's important to show solidarity."

"I think the Globe struck a nerve," said Dalglish. "The journalists who work at these organizations know they are not enemies of the people, they are working on behalf of the people every day."