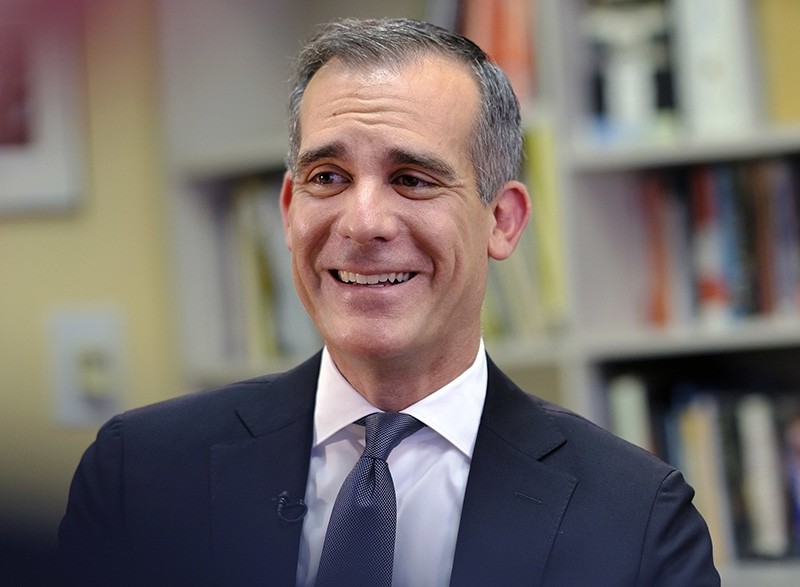 The office of the mayor of Los Angeles turned down a $425,000 grant from the federal government for a program intended to counter violent extremism that has been criticized for targeting and vilifying Muslims, the mayor's office told Anadolu Agency on Friday.

Mayor Eric Garcetti had been close to administering the Department of Homeland Security (DHS) grant to various organizations, only needing approval from the City Council, but he decided to turn down funding, citing misinformation and delays in the program's performance cycle.

"Unfortunately, a significant amount of misinformation has led to delays in the program that have stretched past the halfway point in the grant's performance cycle," the mayor's spokesman, Alex Comisar, told Anadolu Agency.

"That leaves too little time for the community organizations we have engaged to bring their plans to life. For that reason, it has become impractical to move forward, so we have notified DHS that Los Angeles will no longer accept the grant funds," he said.

The decision made Los Angeles the first city to turn down a grant for its Countering Violent Extremism (CVE) program.

Several groups opposed to the CVE program applauded the decision by the mayor's office but they remain disappointed because of the failure of the city to address the unnecessary monitoring of Muslim communities.

"As American Muslims we are relieved that the city of Los Angeles, which is one of America's most and progressive cities, is no longer partnered by the Trump administration, in a program that targets American Muslims," Hussam Ayloush, executive director of the Los Angeles chapter of the Council of American-Islamic Relations, told Anadolu Agency.

The CVE program was established in 2011 under the administration of former President Barack Obama to thwart efforts by extremist groups to recruit would-be terrorists. It focused on working with nongovernmental organizations, academia, mental health institutes, the private sector and local communities.

Under the program, a Strategic Implementation Plan was also announced by the DHS to enhance engagement with local communities that may be targeted by violent extremists, build government and law enforcement expertise to prevent violent extremism and counter violent extremist propaganda.

While the federal government says the policy is aimed at all extremist groups and ideologies, many say in practice it is known to target Muslims through surveillance and engage in discriminatory profiling.

"The whole program is based on false premises that American Muslims are more susceptible to terrorism than other groups," Ayloush further added.

The mayor's office said it would continue to work with various organizations to curb extremism and provide specialized services for people in need of help.

While the DHS expressed the program is meant for providing resources to youth programs and mental health institutions, it has been known to be a law enforcement program.

According to Stop CVE, a website that gathers information on CVE programs, the program has been in large part aimed at training and helping law enforcement target and find extremists.

"The government made it clear that this nothing other than a law enforcement program," Ayloush said.