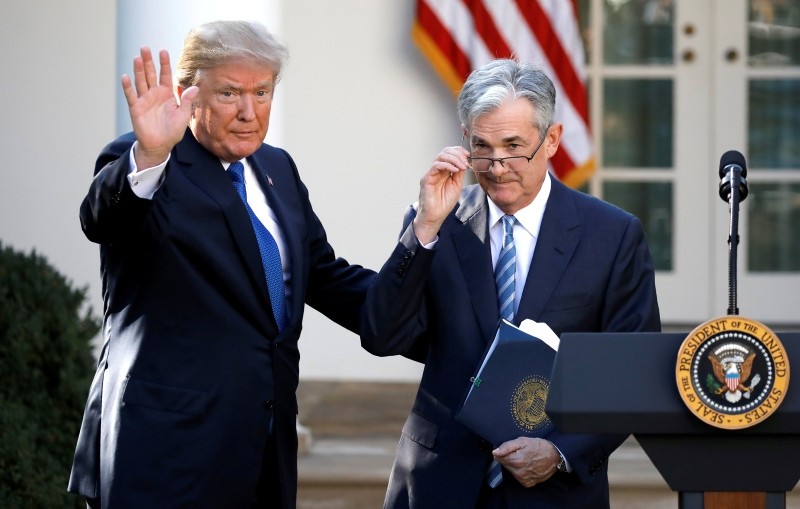 U.S. President Donald Trump said on Monday he was "not thrilled" with Federal Reserve Chairman Jerome Powell for raising interest rates and accused China and Europe of manipulating their respective currencies.

Trump, who spooked investors in July when he criticized the U.S. central bank's monetary policy tightening, told Reuters in an interview that he believed the Fed should be more accommodating.

"I'm not thrilled with his raising of interest rates, no. I'm not thrilled," Trump said in the interview, referring to Powell. Trump nominated Powell last year to replace former Fed Chair Janet Yellen.

American presidents have rarely criticized the Fed in recent decades because the independence of the Fed is seen as important for economic stability.

U.S. stocks dipped after Trump's comments to Reuters and the dollar edged down against a basket of currencies.

Trump, who also criticized the Fed as a candidate for president in 2016, said other countries benefited from their central banks' moves during tough trade talks, but the United States was not getting support from the Fed.

"We're negotiating very powerfully and strongly with other nations. We're going to win. But during this period of time I should be given some help by the Fed. The other countries are accommodated," Trump said.

The Fed has raised rates twice this year and is expected to do so again next month.

"I think China's manipulating their currency, absolutely. And I think the euro is being manipulated also," Trump said.

Trump has made reducing U.S. trade deficits a priority and the combination of rising interest rates and a strengthening dollar pose risks for export growth.

Asked on Monday if he believed in the Fed's independence, Trump said: "I believe in the Fed doing what's good for the country."

Powell took over as Fed chief earlier this year.

"Am I happy with my choice?" Trump said to Reuters about Powell. "I'll let you know in seven years."