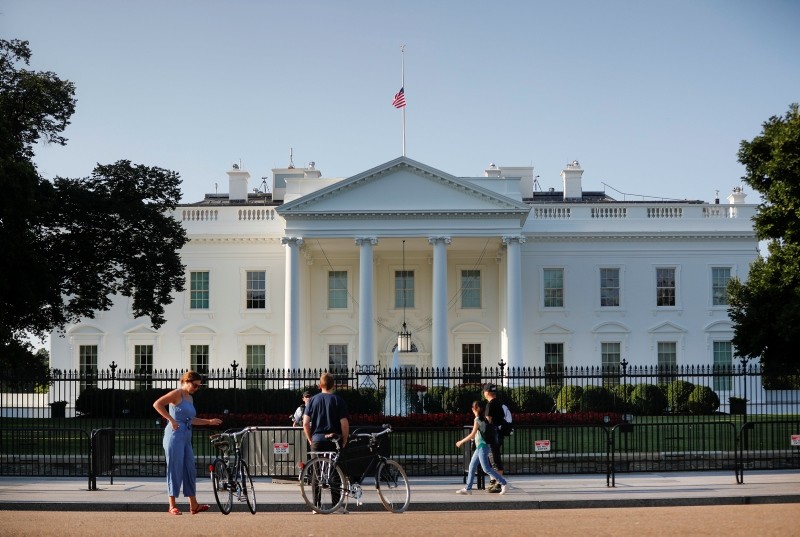 U.S. President Donald Trump reportedly rejected plans to issue a White House statement that would have paid tribute to the heroism of Republican Senator John McCain, preferring instead to issue a brief tweet.

The Washington Post reported that aides had prepared a statement ahead of McCain's death on Saturday that would have praised the Vietnam veteran for his service to the military and the Senate.

But Trump, who in 2015 derided McCain's five years as a prisoner of war in Vietnam by saying "I like people who weren't captured," nixed the plans despite pleas from Press Secretary Sarah Sanders and Chief of Staff John Kelly, the Post wrote.

"My deepest sympathies and respect go out to the family of Senator John McCain. Our hearts and prayers are with you!" he tweeted instead.

Two days after Sen. John McCain's death, Trump said he respects the senator's "service to our country" and has signed a proclamation to fly the U.S. flag at half-staff until his burial.

The flag atop the White House flew at half-staff over the weekend but was raised Monday and then lowered again amid criticism.

The McCain family spokesman Rick Davis also later in the day said "The president will not be, as far as we know, attending the funeral. That's just a fact."

The two men had been at odds since Trump launched his presidential campaign in 2015, with McCain repeatedly attacking Trump and his policies.

Most recently, he blasted Trump for failing to publicly confront Russian President Vladimir Putin about election meddling in "one of the most disgraceful performances by an American president in memory" at their Helsinki summit in July.

Trump made no comment when McCain decided to end treatment for brain cancer on Friday, and also failed to mention McCain earlier this month when he signed a defense-spending bill named for him.

But his perfunctory response to his death attracted particular ire on social media and was in stark contrast to the traditional gracious statements issued by presidents on the death of notable Americans.

It also contrasted with the flood of heartfelt tributes that came from both Republicans and Democrats, including former president Barack Obama, as well as Trump's own wife Melania Trump, and from foreign leaders including French President Emmanuel Macron.