'Embarrassing for US to allow protesters,' Trump says 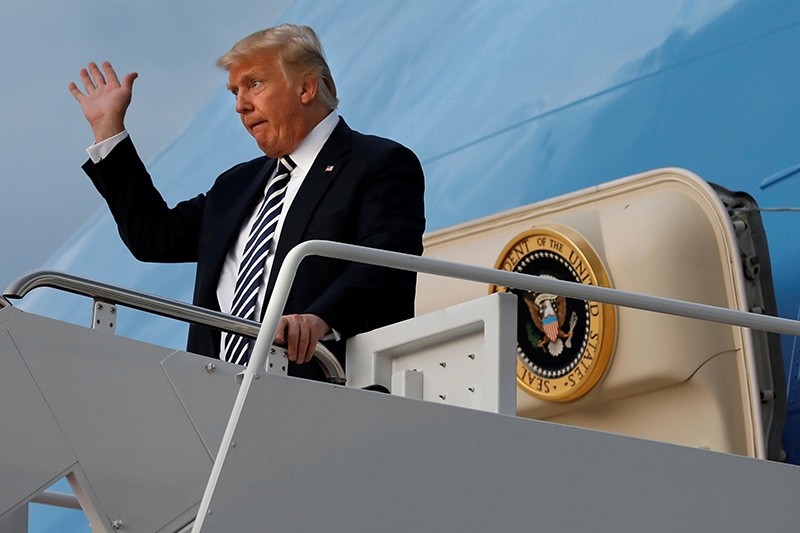 U.S. President Donald Trump on Tuesday made another startling jab at free speech, saying in an interview that the country's allowance of protests is "embarrassing."

"I don't know why they don't take care of a situation like that," Trump told the Daily Caller in an Oval Office interview.

"I think it's embarrassing for the country to allow protesters. You don't even know what side the protesters are on," he said.

"In the old days, we used to throw them out. Today, I guess they just keep screaming."

Trump's comments came hours after his Supreme Court nominee, Brett Kavanaugh, was met by dozens of protesters on the first day of his confirmation hearing. Police arrested more than 70 people for heckling Kavanaugh and senators at the hearing on Capitol Hill.

The president's suggestion, however startling, can be added to long list of his attacks on free speech.

As a presidential candidate, Trump showed zero tolerance toward protesters who showed up at his rallies, appearing to encourage violence against them on several occasions.

Trump has headed a nationwide controversy over NFL players kneeling during the national anthem in protest of systematic racism, calling on club owners to fire players who participate.

The president was also offended by protesters who met him on his visit to the U.K. Demonstrators in July floated a 20-foot-tall blimp of Trump as an angry baby.

"I guess when they put out blimps to make me feel unwelcome, no reason for me to go to London," Trump told the Sun newspaper.

Some have accused the president of "dictator envy" after his apparent awe at North Korean leader Kim Jong Un's control over his country.

"He speaks, and his people sit up at attention. I want my people to do the same," Trump told Fox News after his summit with the leader in Singapore.