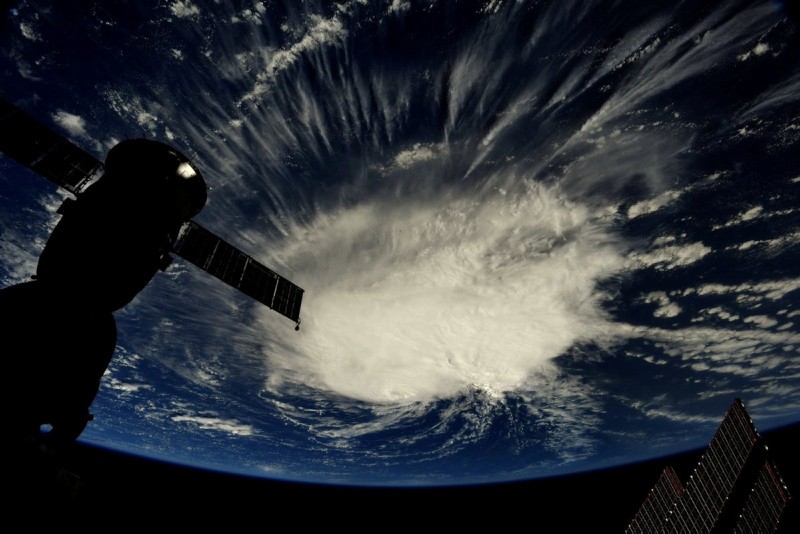 A photo taken from the International Space Station by astronaut Ricky Arnold shows Florence over the Atlantic Ocean in the early morning hours of September 6, 2018. Picture taken September 6, 2018. (Courtesy @astro_ricky/NASA/Handout via Reuters)
by Sep 09, 2018 12:00 am

Tropical storm Florence was upgraded to hurricane status on Sunday as it headed to the Caribbean and US East Coast.

The National Hurricane Center warned residents to prepare for heavy rainfall and "life-threatening hazards" later in the week. Florence was expected to rapidly strengthen Monday into a "major hurricane."

The centre advised authorities in states stretching from Florida to North Carolina to begin mobilizing resources and preparing for the storm's arrival.

Florence was set to lash Bermuda and the Bahamas on Tuesday and Wednesday but not directly hit the islands while on its westward course toward the US, the National Hurricane Centre said Sunday.

The governors of North Carolina, South Carolina and Virginia have declared a state of emergency in advance of Florence's projected landfall late next week on the south-eastern US.

Swells generated by Florence were already affecting Bermuda and portions of the US East Coast, the Miami-based forecasters said.

Florence was centred 1,210 kilometres south-east of Bermuda and moving at 9 kilometres per hour, the hurricane centre said its 1400 GMT advisory.