US officials met with Venezuelan officers to plot coup against Maduro, NYT reports 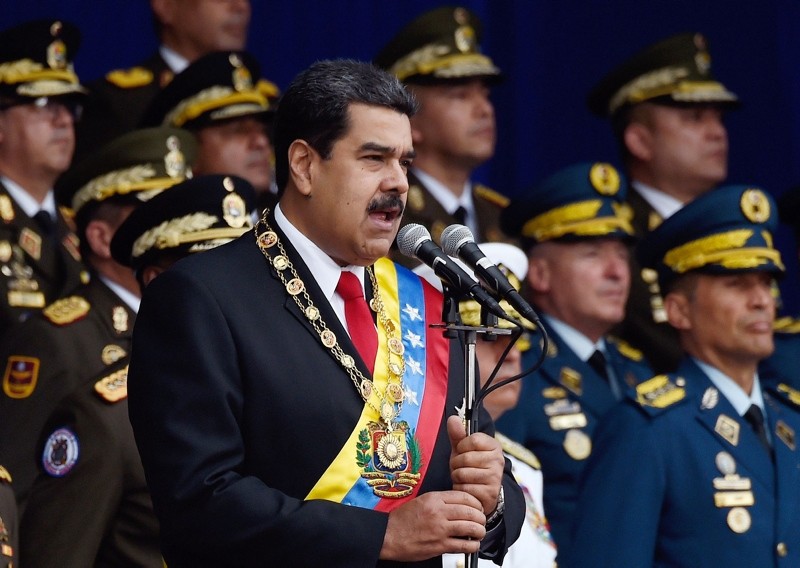 In this file photo taken on August 4, 2018, Venezuelan President Nicolas Maduro delivers a speech during a ceremony to celebrate the 81st anniversary of the National Guard in Caracas. (AFP Photo)
by Sep 09, 2018 12:00 am

Trump has been harshly critical of Maduro's leftist regime, as Venezuela has spiraled downward into a grave economic and humanitarian crisis that has sparked violent protests and prompted a wave of emigration into nearby countries.

It quoted the White House as declining to provide detailed answers when asked about the talks, but stressing the need for "dialogue with all Venezuelans who demonstrate a desire for democracy."

After explosives-laden drones allegedly blew up near Maduro at an August 4 event in Caracas -- he blamed the U.S., Colombia and his domestic enemies -- the State Department condemned the "political violence" but also denounced what it said were the arbitrary detentions and forced confessions of suspects.

U.S. national security advisor John Bolton insisted there was "no U.S. government involvement" in the incident.

In August 2017, media reports said Trump asked top advisors about the potential for a U.S. invasion of Venezuela. Around the same time, he said publicly that he would not rule out a "military option" to end the chaos there.

The collapse of Venezuela's oil-based economy under the increasingly authoritarian Maduro has led to dire shortages of food and medicine.

Maduro has angrily blamed the U.S. for many of his problems. The idea that the Trump administration might have even considered backing a coup attempt seems sure to fuel such charges.

Mari Carmen Aponte, who was a top U.S. diplomat for Latin American affairs in the Obama administration, told the Times that "this is going to land like a bomb" in the region.