Bolton threatens ICC judges with arrest, sanctions over probe on US war crimes in Afghanistan 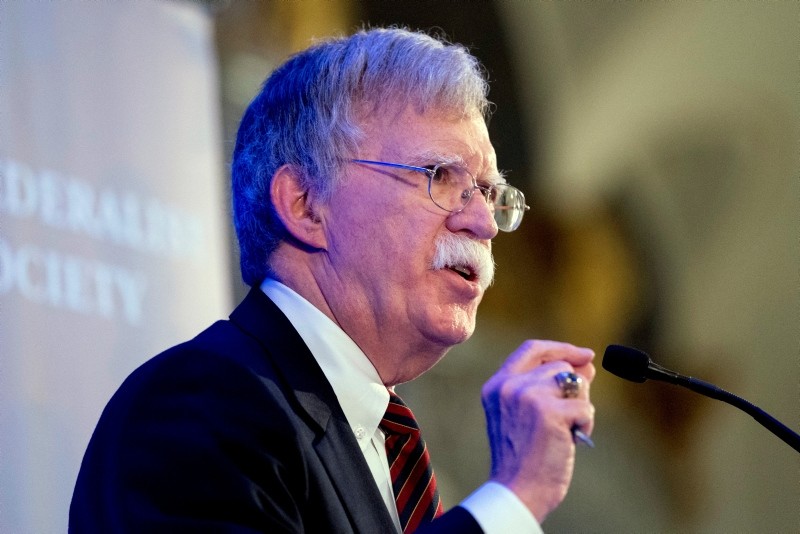 The United States threatened Monday to arrest and prosecute judges and other officials of the International Criminal Court if it moves to charge any American who served in Afghanistan with war crimes.

White House National Security Advisor John Bolton called the Hague-based rights body "unaccountable" and "outright dangerous" to the United States, Israel and other allies, and said any probe of U.S. service members and intelligence officials over alleged detainee abuse in Afghanistan — allegations the court is currently reviewing — would be "an utterly unfounded, unjustifiable investigation."

"In theory, the ICC holds perpetrators of the most egregious atrocities accountable for their crimes, provides justice to the victims, and deters future abuses," Bolton said.

"In practice, however, the court has been ineffective, unaccountable, and indeed, outright dangerous," he said.

"If the court comes after us, Israel or other U.S. allies, we will not sit quietly," Bolton warned.

He said the U.S. was prepared to slap financial sanctions and criminal charges on officials of the court if they proceed against any Americans.

"We will ban its judges and prosecutors from entering the United States. We will sanction their funds in the U.S. financial system, and we will prosecute them in the U.S. criminal system," he said.

"We will do the same for any company or state that assists an ICC investigation of Americans," he said.

Bolton made the comments in a speech in Washington to the Federalist Society, a powerful association of legal conservatives.

Bolton pointed to an ICC prosecutor's request in November 2017 to open an investigation into alleged war crimes committed by the U.S. military and intelligence officials in Afghanistan, especially over the abuse of detainees.

Neither Afghanistan nor any other government party to the ICC's Rome Statute has requested an investigation, Bolton said.

He said the ICC could formally open the investigation "any day now."

"The United States will use any means necessary to protect our citizens and those of our allies from unjust prosecution by this illegitimate court," Bolton warned.

The ICC, which is based in the Hague, has a mandate to prosecute war crimes, crimes against humanity and genocide.

President Bill Clinton signed the Rome Statute that established the court, but his successor, George W. Bush, renounced the signature, citing fears that Americans would be unfairly prosecuted for political reasons. Bush's successor, President Barack Obama, took some steps to cooperate with it.