US misled the public about Afghanistan for 17 years: report 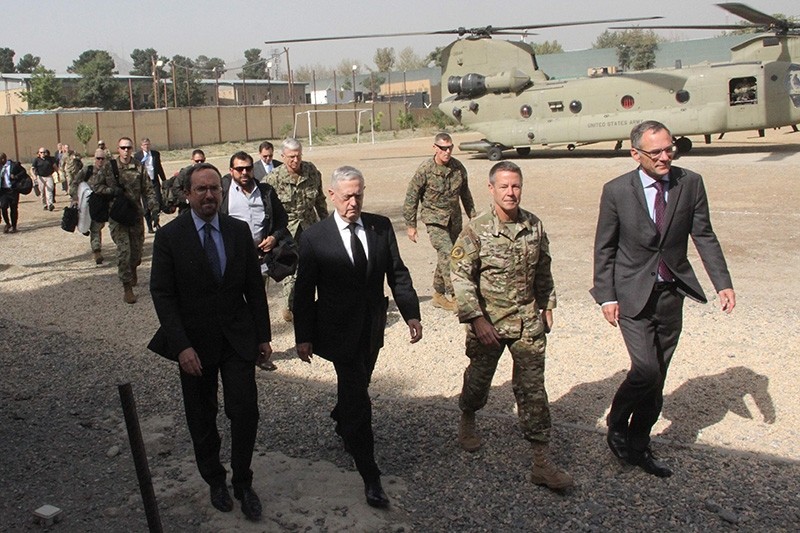 The U.S government has misled the public about its war in Afghanistan for 17 years, according to a report by The New York Times.

Figures show that U.S officials' reports and assessments of progress in Afghanistan have been "exaggerated" and misleading, contradicting events that actually transpired on the ground.

The U.S has spent more than $840 billion on the conflict in Afghanistan, although current costs are significantly lower than during the war's climax. From 2010 to 2012, when the U.S. had as many as 100,000 soldiers in the country, the price for American taxpayers surpassed $100 billion each year. There are currently around 16,000 U.S. troops in Afghanistan, The Times report said.

The investment of money and manpower has pressured the U.S to show progress against the Taliban.

However, since 2017, the Taliban has dominated the majority of Afghan territory. In the assessments, officials have stated that the Afghan government controls 56 percent of the country, when in reality, the government only holds 26 percent control, consisting mostly of military barracks and district headquarters.

In addition, the U.S has reported that the Taliban is outnumbered by Afghan security forces 10 to one, while Afghan officials report that a third of government soldiers are deserters or "ghosts," with many others lacking military skills.

The Afghan government stated that it killed more than 13,000 insurgents and arrested more than 2,000, which is only half the estimated number of active Taliban fighters reported by the U.S. In January, Afghan officials reported the Taliban's strength to surpass 77,000 whereas U.S officials stated that there were 60,000.

Reports also indicate that misleading information was given about living conditions and the mortality rate in Afghanistan. According to a 2010 U.S government report, the average life expectancy of an Afghani is 63 years compared to a report by the World Health Organization estimating the life expectancy to be 43 years.

The U.S. War in Afghanistan, codenamed Operation Enduring Freedom, followed the U.S. invasion of the country in October 2001, a month after the Sept. 11 terror attacks. The war, which aimed to dismantle al-Qaida by removing the Taliban from power, has become the second-longest war in U.S. history.