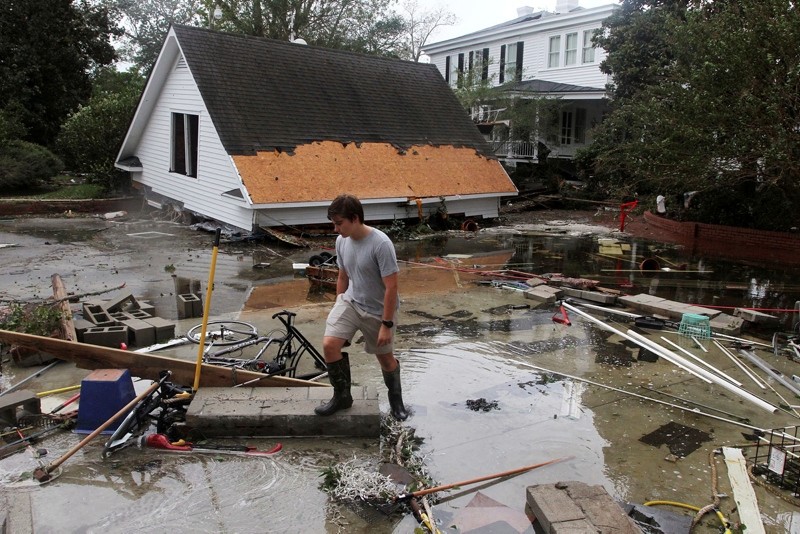 Authorities on Saturday warned residents displaced by a killer hurricane that its devastation was far from over, as Florence dumped "epic amounts of rainfall" across the southeastern United States, bringing catastrophic flooding and up to 16 deaths.

Most of the fatalities occurred in North Carolina, where officials confirmed eight victims. They included three who died "due to flash flooding and swift water on roadways," the Duplin County Sheriff's Office reported.

A woman and her baby were among the first casualties, when a tree fell on their house, contributing to a death toll that the U.S. media said had reached 13–10 in North Carolina and three in South Carolina, according to CNN.

Florence made landfall Friday as a Category 1 hurricane but has since been downgraded to a tropical storm, even as it continued to wreak havoc along the East Coast, downing trees and power lines and forcing 20,000 people to flee to shelters.

On Saturday some residents tried to return home, driving through flooded highways and armed with chainsaws to clear fallen pine trees that covered the road.

"All roads in the state right now are at risk of floods," he said. "As rivers keep rising and rain keeps falling, the flooding will spread. More and more inland counties are issuing mandatory evacuations to get people to safety quickly."

He earlier said the storm system "is unloading epic amounts of rainfall: in some places, measured in feet, not inches."

In a separate briefing, Steve Goldstein of the National Oceanic and Atmospheric Administration (NOAA) said some areas have already received two feet of rain and could expect up to 20 inches more as the system moved "slowly, nearly stationary" over eastern North Carolina.

In New Bern, a riverfront city near the North Carolina coast that saw storm surges of up to 10 feet (three meters), residents took stock of the damage after flood waters began receding and authorities rescued hundreds of people who had been stranded. 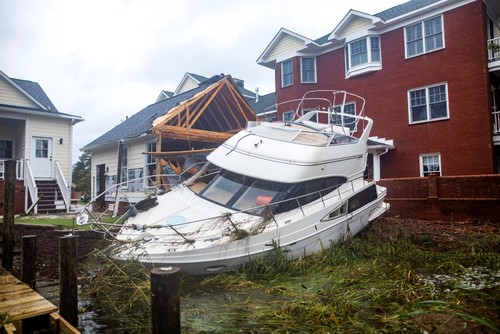 Charles Rucker, a retired teacher, had only spent five nights in his newly-purchased house, built in 1830, when Florence struck.

"It was like a bullet train coming through the living room. Nothing I ever experienced before, I was truly scared," he told AFP.

The doors of many homes suffered so much wind damage they appeared to have been kicked in, while the city's beloved fiber-glass bear statues, which are sponsored by local businesses, were floating down streets.

In one piece of good news, authorities said 16 wild ponies on hurricane-struck Ocracoke Island, located off the North Carolina coast, were safe.

South Carolina Governor Henry McMaster on Saturday announced the death of a 61-year-old woman who died when her car hit a downed tree on a highway.

CNN also reported a man and a woman died in South Carolina's Horry County due to carbon monoxide poisoning.

The White House said Trump would visit hurricane-hit areas next week "once it is determined his travel will not disrupt any rescue or recovery efforts."

More than 800,000 customers in North Carolina were without power and 21,000 people were being housed in 157 shelters across the state.

As of 11:00 pm (0300 GMT), maximum sustained winds had weakened to near 40 miles (64 kilometers) per hour, but the National Hurricane Center (NHC) continued to warn of "catastrophic" flooding from excessive rainfall.

The military announced Saturday it was deploying nearly 200 soldiers to assist in storm-related response and recovery efforts, along with 100 trucks and equipment.

Besides federal and state emergency crews, rescuers were being helped by volunteers from the "Cajun Navy" -- civilians equipped with light boats, canoes and air mattresses -- who also turned up in Houston during Hurricane Harvey to carry out water rescues.

Hurricane Florence made landfall Friday in Wrightsville Beach, North Carolina, after stalking the coastline for days.

Tornadoes remain a threat, with the NHC saying that "a few tornadoes are possible in southeastern North Carolina and northeastern South Carolina."

About 1.7 million people in North Carolina, South Carolina and Virginia are under voluntary or mandatory evacuation orders, and millions of others live in areas likely to be affected by the storm.

In South Carolina's Myrtle Beach, Victor Shamah, the owner of The Bowery bar, decided to open because people "wanted to eat, they didn't have any place to eat. They wanted a drink."

"Everybody is nervous," customer Katy Steindl said. So it's "time to go out and have a drink."