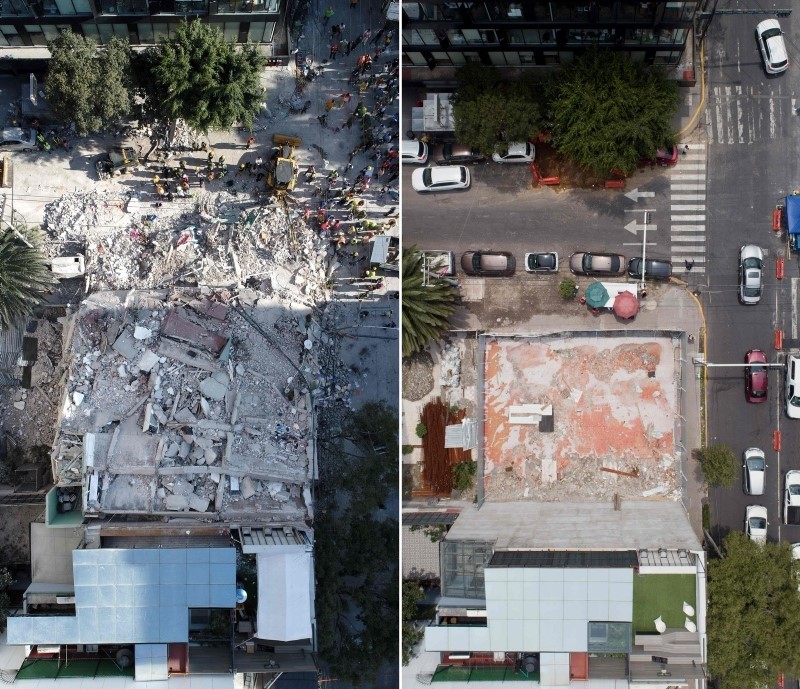 This combination of aerial pictures show a file picture taken on Sept.19, 2017 (top) of rescuers, firefighters, policemen and volunteers searching for survivors in a flattened building in Mexico City and the same place on Sept. 10, 2018. (AFP Photo)
by Sep 20, 2018 12:00 am

Memorials were held in Mexico Wednesday in memory of the two earthquakes that devastated the country on September 19 — one that killed 369 people last year, and another in 1985 that killed more than 10,000.

President Enrique Pena Nieto presided over a solemn ceremony on Mexico City's central square, the Zocalo, where soldiers raised an enormous Mexican flag at 7:19 am (1219 GMT) — the moment when an 8.1-magnitude earthquake struck 33 years ago, leaving huge swathes of the capital in ruins.

Rescue workers known as "moles" — volunteers who tunneled through the rubble in search of survivors — held their own ceremony at the site where the 15-story Nuevo Leon apartment building collapsed, killing hundreds of people.

Thousands of Mexicans became impromptu rescuers in the aftermath of the quake, as the overwhelmed authorities struggled to deal with the worst natural disaster in the country's history.

The same volunteerism flourished after last year's quake, although the authorities were less paralyzed than in 1985.

"On that September 19 (1985), we were in the living room. At 7:19, that enormous building started to dance, to break into pieces. The windows shattered and cut us all over. But we didn't even feel pain. Or hope, for that matter," said Fernando Lopez Padilla, 67.

"In a matter of seconds, the whole thing collapsed. We were buried, trying to find our children, but completely surrounded by concrete. We managed to rescue a three-month-old baby girl and a 12-year-old girl named Sandra," he told AFP. 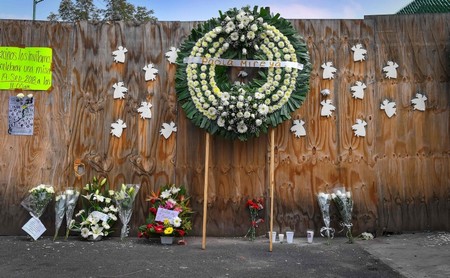 Since 2015, Mexico City has relied on a seismic monitoring system connected to 8,000 alarms around the capital to warn residents when a quake is about to strike.

Every year on September 19, the city holds a massive earthquake drill to prepare and pay tribute to the victims of 1985.

Last year, all proceeded as planned: at 11:00 am, the city's 20 million people dutifully evacuated buildings, practiced their emergency protocols, then went back to their business.

Two hours and 14 minutes later, the ground started shaking for real, as a 7.1-magnitude earthquake rocked the center of the country.

Ironically, because the epicenter was just 120 kilometers (75 miles) away — and not on the Pacific coast, where the seismic monitors are concentrated — the earthquake alarms did not sound until the city was already shaking violently.

Scenes reminiscent of 1985 soon unfolded across the capital: dozens of buildings collapsed into tangled mountains of concrete and steel, which were soon swarming with frantic volunteers racing to reach those trapped inside. 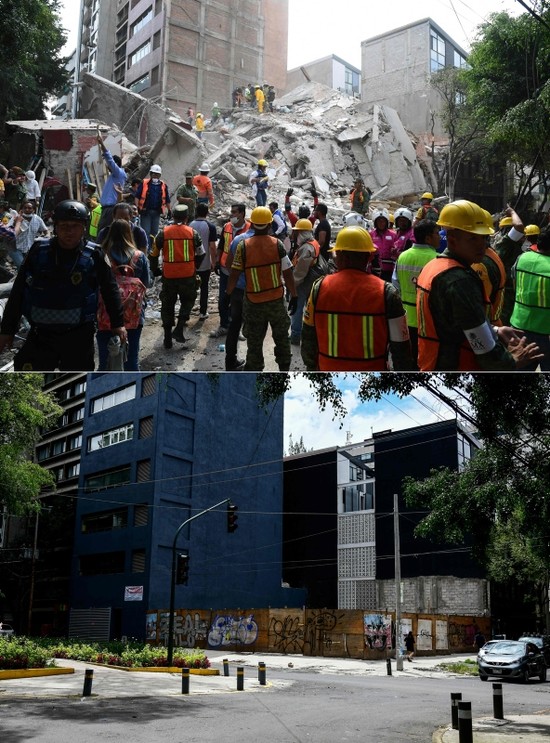 Mexico sits atop a complicated junction of tectonic plates, making it one of the most seismically active places on Earth.

The country is still recovering not only from the September 19 quake, but another that struck on September 7, 2017, killing 99 people and devastating the poor southern states of Chiapas and Oaxaca.

Mexico City, a vibrant and cosmopolitan capital, has largely bounced back in the past year.

But look closely, and the scars are still visible.

Authorities only recently began clearing the rubble of the Rebsamen elementary school, where 19 children and seven adults were killed.

The children's parents planned to hold a mass at the site later Wednesday.

At the Tlalpan housing project, also on the south side of the city, some 100 people still live in an improvised camp beside what used to be building 1C — left homeless by its collapse, which killed nine people.

Residents and activists plan to hold a protest there. They accuse the authorities of breaking their promises to help quake victims, and say their corruption and negligence caused many of the deaths.

They are not the only ones.

The watchdog group Mexicans Against Corruption and Impunity exhaustively investigated 28 building collapses from 2017, and found overwhelming evidence that they were caused by shoddy construction — despite the ultra-rigorous building code adopted after 1985.

"There's no possible explanation for what happened in Mexico City other than corruption, negligence and the entrenched interests around the construction industry," the organization's spokesman, Daniel Lizarraga, told AFP.