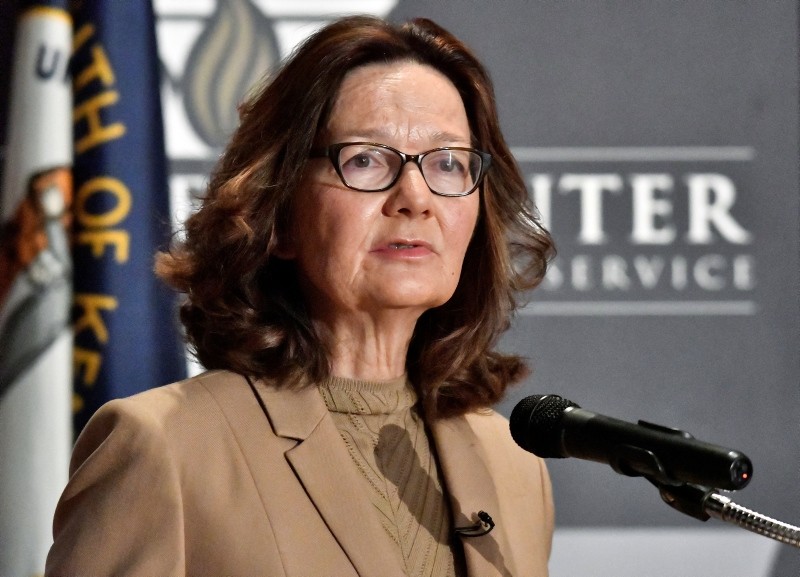 CIA Director Gina Haspel addresses the audience as part of the McConnell Center Distinguished Speaker Series at the University of Louisville, Monday, Sept. 24, 2018, in Louisville, Ky. (AP Photo)
by Daily Sabah with AP Sep 25, 2018 12:00 am

"Our efforts against these difficult intelligence gaps have been overshadowed over the years by the intelligence community's justifiable heavy emphasis on counterterrorism in the wake of 9/11," Haspel said during her speech at University of Louisville, her alma mater.

"Groups such as Daesh and al-Qaida remain squarely in our sights, but we are sharpening our focus on nation state adversaries," Haspel added.

Talking about expanding the agency's overseas operations, Haspel said she also is working to invest in foreign-language training to make sure CIA officers are attuned to the cultures where they work.

Haspel said the agency would start hiring recruits fluent in Turkish, Arabic, Chinese and Farsi while increasing the number of officers stationed overseas.

She said the CIA is working to beef up counter narcotics efforts abroad to address the nation's opioid crisis as well.

During a question-and-answer session, she listed London and Istanbul as her favorite overseas cities and confessed to enjoying lighter reading fare during spare time.

She was also asked about problem spots around the world. On North Korea, Haspel said she thinks Pyongyang views its nuclear weapons program as leverage and a key to the survival of its government.

"I don't think that they want to give it up easily," Haspel said shortly before Trump said that a second summit with North Korea's Kim Jong Un was likely to occur "quite soon."

On China, Haspel said the CIA was monitoring Beijing's global ambitions, including its investments in Africa, Latin America, the Pacific Islands and South Asia.

On Iran, she said the Iranian people are suffering from economic problems because their economy has been mismanaged. She said she has been surprised at the amount of money Iran is spending to prop up the regime of Syria's Bashar Assad and expand its influence in Iraq.

The U.S. Senate confirmed Haspel to be director of the CIA in May despite an outcry from human rights advocates over her links to the agency's use of harsh interrogation methods, including waterboarding, a type of simulated drowning widely considered torture, in the years after the Sept. 11 attacks.