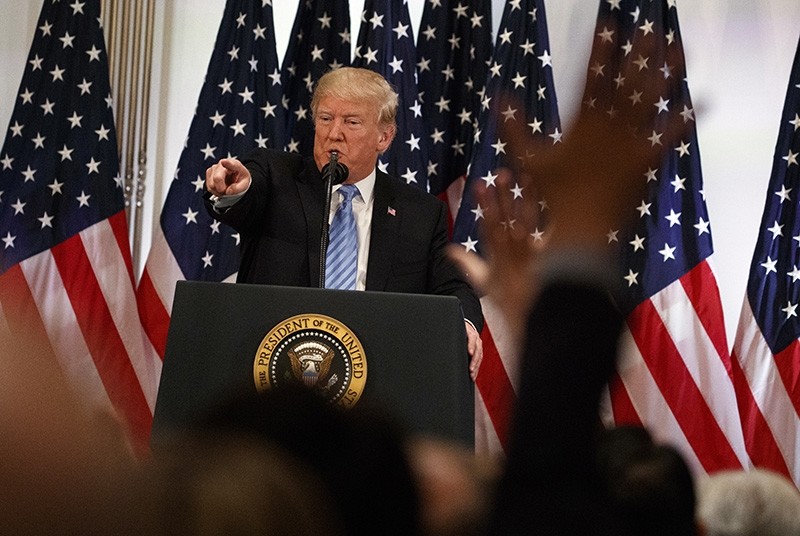 U.S. President Donald Trump held a rare news conference on Wednesday, and went head-to-head with reporters, including one who insinuated the president gave preferential treatment to male reporters.

The male reporter, after being called on by Trump, asked that the president call on one of his female colleagues after he finished speaking.

"What does he mean by that? Explain," the president asked, interrupting the reporter's question. "What do you mean?"

"It'd be great if a female reporter would ask you a question about this issue," the reporter responded.

"I wouldn't mind that at all, no," Trump said tersely. "Wouldn't make any difference to me."

Trump silences female reporter, tells her to "sit down" for asking "a question for 10 minutes"https://t.co/o0t6P43mJS pic.twitter.com/wSXJo675MN

Trump at one point silenced a female reporter, telling her to "sit down."

"You've been asking a question for 10 minutes," he said.

True to Trump style, the rest of the conference was punctuated with bickering, interruptions and talking over one other.

The news conference was held at the Lotte New York Palace hotel during the 73rd session of the United Nations General Assembly.

Trump has ratcheted up his hostile stance toward the media since taking office, even calling U.S. media companies "fake news" which are the country's "biggest enemy."