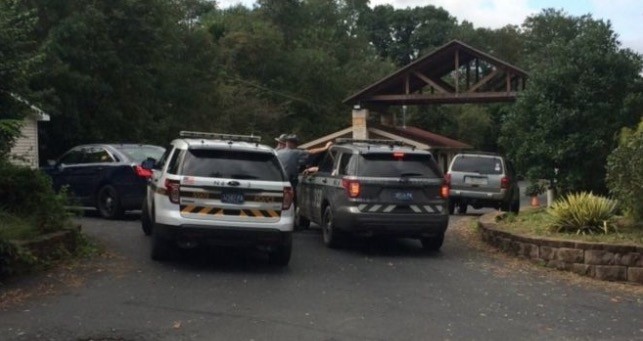 Police in Pennsylvania's Saylorsburg, where the leader of the Gülenist Terror Group (FETÖ) Fetullah Gülen resides, were called to the compound after a security guard saw a suspected armed intruder, local media reported late Wednesday.

Several police vehicles rushed to the mansion and a police helicopter was hovering, a farmer who requested anonymity told Anadolu Agency.

"State Police are responding to the Turkish compound in Monroe County Pennsylvania, where Fetullah Gülen resides, according to Trooper First Class David Peters, spokesperson for the Pennsylvania State Police. Peters had no further details on the situation," Dianne Gallagher, a local reporter said as the incident was progressing.

Several Pennsylvania State Police cars were seen around the gated compound and retreat in Saylorsburg in the Pocono Mountains, according to photographs shared online by news reporters.

Police, who left the scene an hour or two later, did not respond to requests for comment, but told local news media they were there to investigate an unspecified incident.

Nocel Walters, from BRC News13, said "neighbors were told to stay inside and tell us they're searching for a man dressed in black carrying a gun".

The FETÖ and its U.S.-based leader, Fetullah Gülen, allegedly orchestrated a defeated coup, which killed 251 people and injured nearly 2,200 others in July 2016.