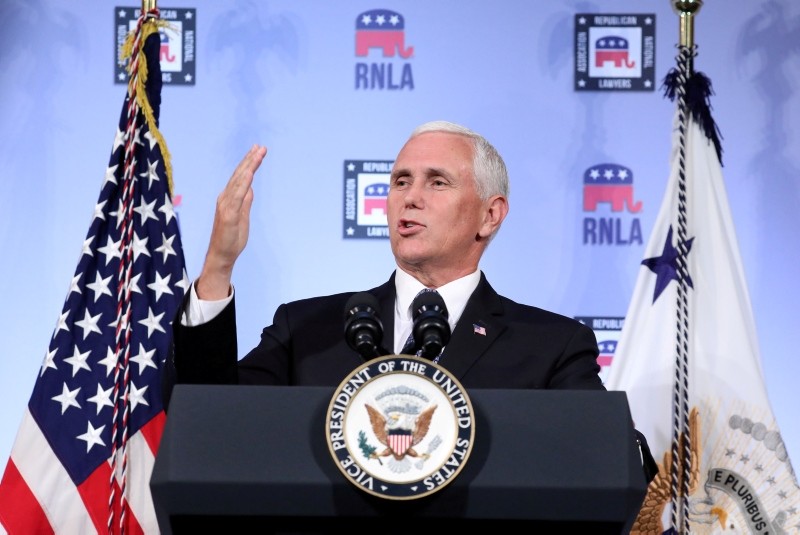 U.S. Vice President Mike Pence escalated Washington's pressure campaign against Beijing on Thursday by accusing China of using a range of tools to interfere in American politics ahead of next month's U.S. congressional elections.

In what was billed as a major policy address, Pence sought to build on President Donald Trump's speech at the United Nations last week in which he alleged that China was attempting to meddle in the pivotal Nov. 6 elections to punish him for of his trade stance. Neither Trump nor Pence provided hard evidence of Chinese meddling.

Pence's speech at the Hudson Institute think tank in Washington marked a sharpened U.S. approach toward China. It goes beyond the bitter trade war between the world's two biggest economies and includes disputes such as cyber activities, Taiwan and the South China Sea.

"Beijing is employing a whole-of-government approach, using political, economic and military tools, as well as propaganda, to advance its influence and benefit its interests in the United States," Pence said.

"China is also applying this power in more proactive ways than ever before, to exert influence and interfere in the domestic policy and politics of our country," he said.

Pence also criticized what he said was China's theft of U.S. technology and urged Google to immediately end development of its "Dragonfly" app that would make it easier to track someone's internet searches.

Pence said in a speech that business leaders are now thinking twice before entering the Chinese market "if it means turning over their intellectual property or abetting Beijing's oppression."

"More must follow suit," he added. "For example, Google should immediately end development of the 'Dragonfly' app that will strengthen Communist Party censorship and compromise the privacy of Chinese customers."

Google plans to launch a version of its search engine in China that will block some websites and search terms in order to meet Beijing's demands.

The project is code named "Dragonfly" and has been underway since the spring of 2017, according to several media reports.

Google, which quit China's search engine market in 2010, has been actively seeking ways to re-enter China where many of its products are blocked by regulators.

In August, more than a dozen human rights groups sent a joint letter to Google and urged the company not to offer censored internet search in China.