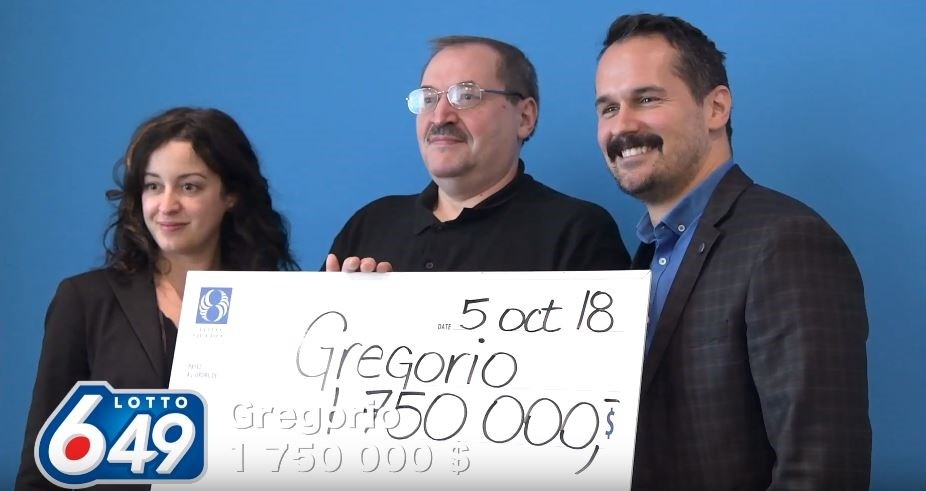 A Montreal man cleaning out a closet at his sister's insistence received a shock when he found, in the lining of a jacket, a lottery ticket purchased 10 months earlier.

The sisterly advice proved most profitable: The man, named as Gregorio De Santis, on Friday pocketed winnings of Can$1.75 million ($1.35 million).

"When he went to have the ticket validated, he thought the number on the display screen was Can$1,750," Loto-Quebec said in a statement about De Santis's big day.

"When he realized how much he had won, he says his heart almost stopped!"

De Santis's sister had told him it was time to sift through his bulging closet and donate unused old clothing to a charity.

That's when he stumbled upon the lottery ticket, which he had originally purchased in December, 2017.

"I would never have looked in that closet without her!" he said, according to Loto-Quebec.

He plans to use his new winnings to bolster his retirement account.

Being Canadian, he said he might also take his nephew to some hockey games.

Perhaps it was the excitement of the moment, but De Santis made no reported mention of any thank-you gift for his clever sister.